Face to Face With a Whale Shark 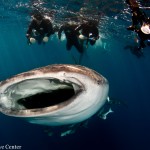 Pompano Dive Center Underwater Photographer Craig Dietrich was out on a dive boat on Sunday, November 25th with Pompano Dive Center, just outside of the Hillsboro Inlet when he received a call from a nearby boat informing him that a few snorkelers had just encountered a Whale Shark.

The caller wanted to know if Dietrich could capture this experience, exclaiming, “Nobody’s going to believe that there’s a Whale Shark in our waters if we don’t have photos!”

Most photographers never get the chance to come face-to-face with the worlds’ largest fish, so this was surely a once-in-a-lifetime opportunity. And, although Whale Sharks can be quite intimidating, unless you already know that they are in fact extremely docile creatures that have no interest in prey as large as you, it would not be a life-threatening dive.

So what exactly is a Whale Shark? According to National Geographic, a Whale Shark is a carnivorous fish that can be anywhere from 18 to 40 feet long, and on average weighs about 20 tons. Since they prefer warm waters, they are often found off the coast of Australia. Sightings of these magnificent creatures in Florida waters are a rare and exciting event!

Since Dietrich had just returned a few months prior from a shark expedition where he swam with 15-foot Tiger Sharks, swimming with a whale shark was a piece of cake in comparison. “You know by being a diver that with Whale Sharks there is no danger, whatsoever.”

The excitement surpassed any fears he would have felt. Thankfully, everyone else in the water had been made well aware that this was a very safe fish that wasn’t going to harm anyone. 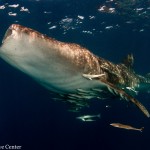 Dietrich was able to get within one foot of the Whale Shark while he was feeding. “As a photographer, you have to get very close, otherwise you won’t get the exciting images you would like.”

What made this one encounter so unique was that this creature was not just seen swimming past by people in the water, but actually stayed in their vicinity for a period of time. “Once it went by, we thought, oh, that’s it, but I looked back down again and there it was again. It just kept coming back! What made this experience so incredible was the fact that we didn’t just see a Whale Shark, we actually interacted with it. If you do what I do, that’s what it’s all about!”

Dietrich has been a photographer for as long as he can remember. “It’s all I’ve ever done. I don’t know anything else.” It wasn’t until about a year ago that he started shooting photos underwater. He had a passion to combine his love of diving and photography. And, it seems he’s accomplished that goal. 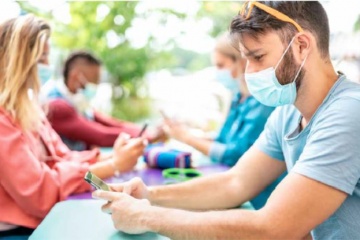