DO YOU AGREE THE NRA INFLUENCES THE SENSELESS SHOOTING OF CHILDREN AND ADULTS?

“All the world needs is love” the Beetles sang to the world in the ‘1960s. In 2012, Wayne LaPierre, NRA Vice President sings, “The only thing that stops a bad guy with a gun is a good guy with a gun.”

LaPierre’s simple-minded analysis prevents him to comprehend the correlation between placing a gun in the hands of anyone, that may include people with serious financial, marital or mental problems, and a good chance of turning a perfectly good man or woman into a bad man or woman. The possible final result — a killer.

Wayne LaPierre is being called an evil man, a calculating devil incarnate who follows a pattern of waiting 3 or 4 days after a shooting tragedy to deliver his pathetic excuses to the press in order to absolve the NRA of all blame for the killings. A defiant NRA makes no attempt to, or plan to stop sales of guns at “gun shows” where there are no Federal laws to prevent anyone, sane or insane, to buy at the point of sale, and freely walk away with a semi automatic rifle, the same gun that 20 year-old Adam Lanza used to pump 11 bullets into one of the 26 total children and grownups killed at Sandy Brook Elementary School in Newtown, Connecticut.

This is one mass killing story that will not go away. There is a huge national outcry and more groups and legislators, both Republican and Democrat, delivering their message to Congress, demanding quick and effective change.

Will it be different this time? Can Congress find the guts to fight the NRA? If not, Washington once again has failed the American people!

IN THE JANUARY ISSUE

Our team gave ourselves a pat on the back for accomplishing a most gratifying feat of delivering an issue jam packed with 6 event articles and photos in our January, 2013 publication.

I’ve said it before, and I’ll say again, I am so fortunate to be surrounded by angels who make Lighthouse Point Magazine stand high above other local monthly publications. A few of those angels include the superb work of Babs Kall and Mike Wall at Kall Graphics, the outstanding photographs of Debra Todd, and the careful eye of Sonja at Printer’s Printer. To all our wonderful contributors, a big THANK YOU! 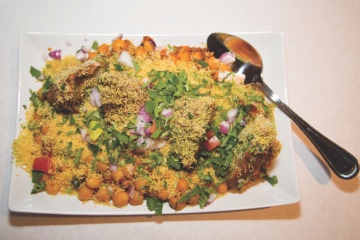