The original contract, which the City Commission approved in 2017, had a not-to-exceed amount of $500,000. The amendment raised that limit, which has almost been reached, to $1 million. The extra $500,000 will be used for the purchase, installation and maintenance of additional cameras.

Major Wayne Adkins, chief of the Broward Sheriff’s Office (BSO) Pompano Beach District, said the cameras will be placed in different locations based on crime trends and statistics.

Pompano’s LPR system, which uses high-tech cameras to capture images of vehicle license plates and link them to multiple databases, began in 2014 as a pilot program in some of the city’s parks because there was a high frequency of cars being burglarized in the parking lots.

The first project under the original contract with SiteSecure was to install LPR cameras, also called license plate readers, on the beach barrier island.

Chief Information Officer Eugene Zamoski said that license plate readers cost $1,000-$1,500 each – not including the software, installation or permits.

As budgets allow, the plan is to add security cameras to a certain number of parks per year, determining with BSO how many cameras are needed in each one, said Zamoski.

City Manager Greg Harrison said the cameras will be budgeted from the General Fund through the IT Department.

“Let’s face it,” said Vice Mayor Barry Moss, “it’s the wave of the future, it’s proven to be successful.”

Moss said the City needs to continue to add more cameras “in order to make our citizens feel more secure.”

“We appreciate the effort of the City to provide it,” he said.

According to Adkins, the license plate readers have helped catch robbery and homicide suspects, and are the primary reason that auto thefts are down almost 40 percent in Pompano.

A resident suggested that the Commission be given a quarterly report on the effectiveness of the cameras, which Adkins said he would do.

At the City Commission meeting on Feb. 26, a resident urged the City to look into putting security camera systems at all public facilities citywide, in light of several incidents that had occurred, including the shooting death of a recent graduate of Blanche Ely High School at Apollo Park.

City Manager Greg Harrison responded that the IT Department and BSO had been working on the security camera issue for approximately nine months, and a “projection” would be submitted to the City Commission for the next fiscal year’s budget. 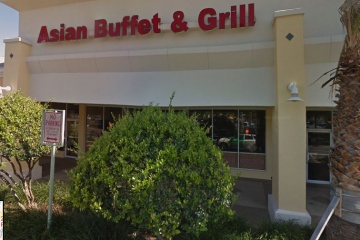