The historic McNab House, located at 1736 E. Atlantic Blvd., is expected to be moved five blocks east to McNab Park this October or November. The plan is to convert the house into a restaurant surrounded by a botanical garden.

Details are still sketchy as to what the final lay-out will be, whether or not the proposed boutique hotels will be built and if there will be any remaining public park facilities or meeting rooms on the grounds.

In April, the Pompano Beach Community Redevelopment Agency (CRA) Board, which is made up of the mayor and city commissioners, gave its approval to rescue the house from demolition by a developer.

The McNab House is one of the oldest houses in Pompano Beach. It was built in 1926 by one of the city’s earliest settlers, Robert Albert McNab, who came to Pompano in 1898, along with his brother, William Henry (“Harry”) McNab. The land that comprises McNab Park was donated to the City by the brothers as a memorial to Robert’s son, Robert Lee McNab – who was killed by lightning in Pompano in 1947 after serving in World War Two – and in memory of those who gave their lives in the service of their country.

According to CRA Director Nguyen Tran, a temporary use permit will need to be approved by the Planning and Zoning Board in order to move the McNab House and place it somewhere in the park temporarily, possibly in the parking lot, until a permanent location on the site is determined. The two-story garage that currently sits behind the McNab House will also be relocated to the park.

Proposals from movers are currently being reviewed and a selection is expected to be made in July.

The CRA has also been working to procure an architect to design a site plan. The architect must have a specialization in historic structures and converting them into restaurants, said Tran.

>>>CLICK HERE TO SEE THE ORIGINAL PROPOSAL: SITE PLANS AND RENDERINGS FOR THE MCNAB HOUSE RESTAURANT

The house will stay at its temporary location at the park until the site plan is designed and approved, which Tran estimates could take eight months to a year.

In the weeks leading up to the CRA Board’s vote to save the house, Tran, along with consultant project manager Jenae Valentine, of Redevelopment Management Associates (RMA), went to various city meetings, as well as a homeowners’ association meeting, and presented a conceptual plan for moving the house to the park and turning it into a restaurant.

In addition to a botanical garden, the concept included a “paseo” for bicyclists and pedestrians, a gazebo, water features and an event space. The preliminary plan also proposed a bed and breakfast component comprised of two buildings with 10 units each, which would be operated by a private entity.  Whether or not these facilities will be built is still to be determined.

While the majority of residents who attended these public meetings were in favor of the plan for McNab House, some expressed concern over a number of issues, including losing the basketball court, tennis court, shuffleboard courts and civic building that are currently in McNab Park.

“It’s all conceptual at this point,” said Tran. “Our objective is to move the house and then really go through a thorough process of a site plan and making everything work.”

It may be possible to keep the civic building as a meeting space if it works in the overall concept, or it could be reused for something else.

The kitchen of the McNab House can’t be converted into a commercial kitchen, so either an addition would need to be built outside the house, or an existing structure, such as the civic building or the garage, could be used as a kitchen.

The architect needs to “take a look at what we have and really make sense of what to keep, what not to keep, what to reuse and where to place everything,” said Tran.

The location that is being proposed for the house is the area between the Chamber building and the shuffle board court fronting Atlantic Boulevard, “but it could change,” said Tran.

According to Tran, nothing in the park would be torn down until the site plan and permitting process is completed.

Several trees that are currently on the grounds of the McNab House will be relocated to McNab Park to help create the botanical garden. One of these “specimen trees” is a very rare elm tree, and another is a Haden mango tree from the large mango grove on the property. Most of the mango varieties developed in Florida are either direct or indirect descendants of the Haden mango, and the McNab family had close ties to Captain John J. Haden, who first cultivated it.

There are also plans to move a tree to Old Town, Pompano’s historic downtown. The tree, probably a live oak, would be placed in the public plaza that the CRA is currently developing, and would complement a large fig tree that is already there.

Regarding the McNab House relocation, Tran said: “There are still a lot of moving parts we have to get in place before we can show everybody the plans.” 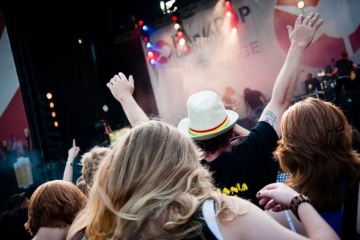