The Pompano Beach Community Redevelopment Agency (CRA) Board, at its meeting on April 16, decided the fate of the historic McNab House, located at 1736 E. Atlantic Blvd. in Pompano Beach.

The CRA Board, which is made up of the mayor and city commissioners, gave its approval to rescue the house from demolition by a developer and move it to McNab Park, which is located on E. Atlantic Blvd, just five city blocks to the east of the house.

If the CRA had not stepped in, the house was slated to be torn down within six months. Last December, Atlantic Residences, LLC bought the house and the land surrounding it (a whole city block), as well as two adjacent properties. Atlantic Residences plans to build nine mixed-used buildings that would contain 308 residential units and 10,653 square feet of retail space.

The McNab House is one of the oldest houses in Pompano Beach. The two-story, five-bedroom house was built in 1926 by one of the city’s earliest settlers, Robert Albert McNab, who came to Pompano in 1898, along with his brother, William Henry (“Harry”) McNab. Harry McNab built a house in a similar style across the street, on the north side of Atlantic Boulevard. Both houses are made of yellow brick that the brothers, who were farmers, ordered from Alabama.

In the weeks leading up to the CRA Board meeting, consultant project manager Jenae Valentine, of Redevelopment Management Associates (RMA), along with Tran, went to various city meetings – which were open to the public – as well as a homeowners’ association meeting, and presented a conceptual plan for moving the house to the park and turning it into a restaurant surrounded by a botanical garden and amenities such as a “paseo” for bicyclists and pedestrians, a gazebo, water features and an event space.

The preliminary plan also proposes a bed and breakfast component comprised of two buildings with 10 units each, which would be operated by a private entity. The park would have a fence around the perimeter, and be open to the public only during business hours.

The idea is to not only preserve the house, but to activate McNab Park, which has a history of homeless and vagrancy issues.

The concept is based on the Sundy House in Delray Beach, which includes a 1902 home that has been converted into a restaurant; a space for weddings and events; and a small bed and breakfast, all set within a botanical garden.

While the majority of residents who attended these public meetings were in favor of the plan for McNab House, it stirred up some controversy, as there were residents who expressed concern over a number of issues, including losing green space and the basketball court, tennis court and shuffleboard courts that are currently in McNab Park.

Tran said the rush was to save the house, but the park is a long-term planning project that will involve community input.

Before casting his vote to save the house, Mayor Rex Hardin said he is concerned about the amenities at the park and is “convinced that there are ways to accommodate park facilities at that location and still have the McNab House there…I think we can do both.”

While Commissioner Andrea McGee also voted in favor of moving the house to the park, she said she is skeptical about the success of a bed and breakfast.

“I don’t necessarily believe it would fit in the park,” she said. “I think it would take away the flow of that whole space.”

She said she would like to see more options to redesign the park in a way that would keep the courts and the feeling of a park, but make it much more useful.

The CRA has $1.5 million in this fiscal year’s budget to put toward the project, according to Tran. The difference would come from future years’ budgets. The timeframe for the construction of the project is anticipated to be two to three years.

Cindy Singleton Peters, who is the granddaughter of Robert Albert McNab, and lived in the McNab House for 15 years with her husband until February of 2018, said she is very excited about the prospect of the house becoming a restaurant.

“We’re eternally grateful for all the effort that is going into saving the house.” she said. 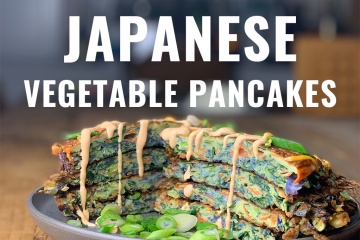