Deerfield Beach Restaurant, JB’s on the Beach was recently sold to new owners for big bucks. The restaurant opened in 2002 and this was the first time the restaurant trade hands since then.

Area resident John Boyle (JB) built and opened the restaurant, along the Deerfield Beach S-Curve, with an ocean view almost 20 years ago.  According to public records, he paid the city of Deerfield Beach $250,000 for the land at that time and spent considerably more building and maintaining the restaurant over the years.  The facility underwent substantial renovations just a couple of years back.

The property, most recently legally registered to Boyle Beach House LLC and family member Katie Boyle, was just purchased by Ark Restaurants, a New York based corporation with eateries around the country.  The price:  $7,000,000 according to South Florida Business Journal.

JBs, located at 300 NE 21st Ave, Deerfield Beach, was most recently assessed at a value of  just over $4.1 million in 2018.  By comparison next door neighbor Oceans 234, often considered the most popular restaurant in Deerfield Beach, had an accessed value of over $2.3 million.

The $ 7 million price tag for JBs may give cause to other owners of prominent waterfront restaurants in Pompano Beach, Lighthouse Point, Lauderdale-by-the-Sea as well as Deerfield Beach to wonder what they might be able to get for their property.

Although the Boyle family has owned the Deerfield Beach restaurant for its entire lifespan, the person best known for many years as the public face of JB’s was Scott Moen.  Scott sadly passed away in 2015.  It is not known of his death had any bearing on the Boyle family’s desire to sell.

JB’s On The Beach website describes the restaurant as “a classy-casual oceanfront dining restaurant .”  They specialize in providing a “collection of traditional seafood favorites, Caribbean fare, and savory ribs. We start with fresh ingredients and focus on great flavor.”

The site garners generally positive reviews on social media websites with a median score of approximately 4 out of 5 stars.

This story was prepared by our Deerfield Beach news desk with additional  information from various public sources and other websites. 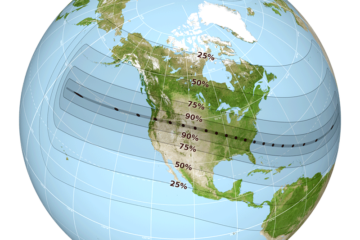