INNOVATION DISTRICT CONCERNS AND OPPORTUNITIES: The Pompano Beach “Innovation District,” the City’s effort to create a “dense urban downtown,” was a major topic of conversation at the Planning and Zoning Board’s Aug. 28 meeting. Most discussion focused on the positive aspects of what the project would bring to Pompano Beach. Concerns raised included an increase in traffic and the potential displacement of current residents.

At the meeting, the board gave a stamp of approval to the latest revisions of the development plan. Read about the latest changes and why city officials consider the Innovation District important to Pompano Beach’s future. Click here.

The Innovation District, bound by I-95, Dixie Highway, MLK Boulevard and Atlantic Boulevard, could include up to 3,368 dwelling units, 420 hotel rooms and 4,051,220 square feet of commercial space, if the proposed changes are approved by the City Commission and the County. The Innovation District, and the downtown as a whole, lie within the northwest district of the Pompano Beach Community Redevelopment Agency (CRA).

Several members of the public who spoke at the Planning and Zoning Board meeting voiced concerns about density and the additional traffic new development will bring, especially cut-through traffic in single-family neighborhoods due to larger arteries being congested. One resident said the problem will get worse when portions of Atlantic Boulevard near Dixie Highway are reduced from three to two lanes in each direction.

The latest modifications “actually decrease the traffic impacts, on paper, when you do the math at build-out,” explained Jean Dolan, of the city’s Development Services Department. The PM peak hour trips would be reduced by 197 trips per day, she said.

CRA Director Nguyen Tran said that as development of the Innovation District takes place, special attention will be paid to street networks and where the traffic is flowing. There are some issues with street connectivity in the development area because, over the years, a number of streets have been abandoned, and while they may still exist on paper, they’re actually not there. The zoning district of the development area has a street network regulating plan which will require developers to recreate those streets.

Planning and Zoning Board member Willie Miller, who grew up in Pompano Beach’s northwest community, said his biggest concern is that residents there have the perception the City is trying to force their way into the area, “because it has been neglected over a number of years.”

While he is in favor of new development, Miller said the people who reside in the area need to be reassured “we are moving in a positive direction” and “they’re not being left behind, or they’re not being forced out of their communities.”

Dolan said while the latest changes to the plan focus on building a downtown, “we’re very sensitive” to displacement.

Tran noted incentive programs are in place for local business owners who may need help with upgrading their buildings.

“We will look at those properties that do need help within this area,” said Tran. “This is an area where we do want to spend CRA dollars on incentives.”

Tran said residents of the northwest community have said they want Pompano Beach to be a place their children will want to return to after they finish school.

“We’re challenged with trying to build new housing, trying to make it affordable, and mix the incomes” said Tran.

The residents have also said they want grocery stores or banks to open in the neighborhood. In addition, the City has been trying for years to get a train station along the FEC Railway in the downtown area.

“We need the bodies to do that,” said Tran. “These institutions always look for rooftops.”

“This land use plan amendment isn’t all about building and getting more density,” said Tran. it’s about getting people there to support what we’re trying to do.”

THIS IS PART TWO OF A TWO PART SERIES ON THE POMPANO BEACH INNOVATION DISTRICT CONCERNS AND OPPORTUNITIES.  READ PART ONE, CLICK HERE. 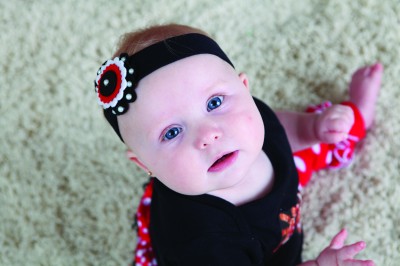