DEERFIELD BEACH CITY MANAGER: Deerfield Beach Interim City Manager David Santucci has been named to the permanent position. Santucci was one of three finalists publicly interviewed for the job last Friday in a special city commission meeting.  The commission was reportedly impressed with both the job he had done in the interim role and throughout the interviewing process.

Santucci has been working for Deerfield Beach since 2015 and was the assistant City Manager since 2016.  He resides with his family in Coral Springs and also graduated from that city’s J.P. Taravella High School and later from Florida Atlantic University with a degree in Public Management, according to his resume.

While Santucci was offered and accepted the position almost a full week ago, there has been no official announcement of his hire and it has not been reported publicly until today.

The Deerfield Beach City Manager position has been open since April when Burgess Hanson  was pressured to resign.

As we reported earlier Hanson submitted a written letter of resignation on April 5, 2019. The following week, Mayor Bill Ganz addressed the resignation publicly and made it clear the resignation was not voluntary.

Hanson had worked for the city of Deerfield Beach since 2001 and took over the City Manager responsibilities in 2010.  Hanson had been relatively popular for most of his years as city manager but that changed recently.  Ganz and Hanson had been considered particularly close, but that obviously changed due to the events leading up to the forced resignation.

In a cover letter for his application for the position, Santucci states he lives, “by a principal (sic) of knowing yourself and seeking improvement.” 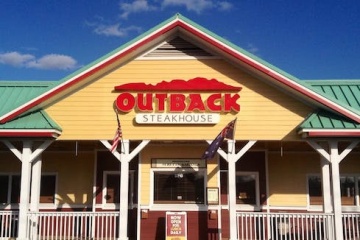