The City of Pompano Beach and the Pompano Beach Community Redevelopment Agency (CRA) continue to lay the groundwork for the creation of a “dense urban downtown,” which includes an area designated as the “Innovation District.”

The Planning and Zoning Board, at its Aug. 28 meeting, approved the City’s request for a land use change increasing the number of residential units that can be built in the downtown area to 3,368, which is 2,000 over what is currently permitted. Hotel rooms allowed would increase to 420 (up from 120), and the commercial space would decrease to 4,051,220 square feet (down 336,000 square feet).

The land use plan amendment, which still needs to be approved by the City Commission and the County, would increase the development entitlements in the Downtown Pompano Beach Transit Oriented Corridor (DPTOC) zoning district. Created in 2012, the DPTOC includes the City Hall complex south of Atlantic Boulevard, and the area north of Atlantic Boulevard and south of NW 6th Street, between NE 5th Street and I-95.

“The biggest thing this does is it helps us move towards a real transit-oriented corridor,” Jean Dolan, of the city’s Development Services Department, told the Board.

When the DPTOC was created, Dolan explained “it really wasn’t intense enough” to be considered a transit-oriented corridor. For example, there are over 7 million square feet of non-residential space in the DPTOC, generating over 30,000 jobs if fully built out.

“We need a lot more residential in order to create a balanced environment,” said Dolan. “If all that non-residential would be built with so few residential units, we would have this huge in-commute and it wouldn’t at all be transit-oriented.”

SEE: Artist renderings of what the Innovation District (and the “new” Pompano Beach downtown) may look like, click here.

A key reason for the proposed land use change is the City and CRA are actively seeking a master developer for the Innovation District, which is bound by I-95 to the west, Dixie Highway to the east, Dr. Martin Luther King Jr. Boulevard (NW Third Street) to the north, and Atlantic Boulevard to the south. The western-most portion of the site is one of the last undeveloped land clusters in South Florida, along the busy I-95 corridor, with a major exit to an urban area and the ocean.

Two firms have made it to the second step of the process, E2L Real Estate Solutions, based in Winter Park, and Armada Hoffler Properties, headquartered in Virginia Beach.

The firm ultimately selected would then be responsible for putting the infrastructure in place, and getting developers to come and actually build buildings. The current zoning allows for a maximum building height of 105 feet. The master plan for the Innovation District and downtown could include a new city hall.

An impact analysis carried out as part of the request for the land use change showed that there is enough infrastructure, water, sewer, solid waste and park space to accommodate the growth in the development area.

The Planning and Zoning Board approved the land use change in a 6-1 vote on the condition the City meets any requirements resulting from a school board analysis of the affected schools’ ability to fulfill the demands of the proposed development. Board member Willie Miller cast the only ‘no’ vote.

Miller has concerns that current residents in the area fear they will be “left behind or … forced out of their communities.” Other residents expressed additional concerns.  CLICK HERE TO READ ALL ABOUT THOSE CONCERNS AND OTHER ISSUES FACING THE INNOVATION DISTRICT.

The approval process for the land use plan amendment at the City and County level will take about a year, said Dolan.

THIS IS PART ONE OF A TWO PART SERIES ON THE POMPANO BEACH INNOVATION DISTRICT CONCERNS AND OPPORTUNITIES.  READ PART TWO, CLICK HERE. 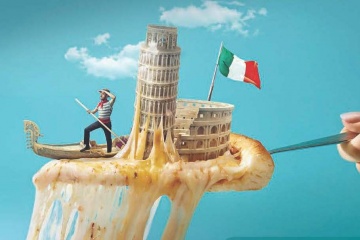