POMPANO BEACH BEACHFEST: Last year, Pompano Beach announced plans to launch Beachfest, a two-day musical festival starting in 2020, to take place on the city’s main public beach, north of the pier. However, the music festival has been canceled for 2020 and seemingly beyond, as well.

According to city officials, the decision to cancel the Pompano Beach Beachfest was due to the COVID-19 pandemic this year, multiple unknowns surrounding a large-scale event after the pandemic and other contributing factors, which were not specified. According to the City Attorney, the promoter had not “taken any efforts or any measures or spent any money at this point toward any type of event.”

Roy Anthony, who was hired by Beachfest Entertainment to produce the festival, says concerns expressed by BSO in late 2019, along with the COVID-19 shutdown, made it impractical to hold the event this year and the owners of Beachfest Entertainment agreed there should not be a 2020 show. However, they do not agree the entire five-year agreement should have been rescinded.

The promoter had promised to deliver major headlining rock acts, as well as artists from a variety of other genres, including local musicians. The plan called for three stages placed in an enclosed area on the beach, stretching north from the Pompano Beach House restaurant and vendors, including some of the city’s restaurants, set up along the east side of N. Pompano Beach Boulevard.

Depending on the acts secured for the festival, the promoter said it would attract up to 20,000 people per day. The City would have received $2 per ticket sold for entry to the event.

It was hoped the event would bring the city national, as well as international, attention on the tourism destination stage, and have a positive economic impact.

The promoter was to provide a nationwide mass marketing campaign promoting the event, including print, social media and television advertisements, and was to secure event sponsorships, as well as multiple logo and branding recognition for the City.

Anthony told the City Commission last year that the firm usually hires approximately 350-400 people for a music festival, some not just for the two-day weekend, and the promoter would look for local talent to help put the production together. 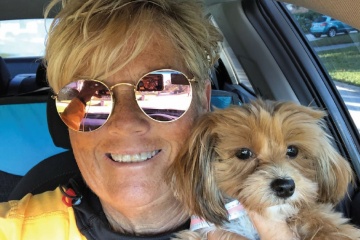