At a City Commission meeting on July 24 the City of Pompano Beach unanimously passed a resolution expressing opposition to offshore oil and gas drilling and seismic airgun blasting on Florida’s Atlantic coast. In passing the resolution, the City of Pompano Beach joined a chorus of more than 300 coastal municipalities and 2,000 elected local, state and federal officials across America who have put on record their belief that the consequences of drilling and seismic blasting outweigh the prospect of oil-based energy independence.

On Nov. 6, Florida voters similarly announced their opposition to drilling when they passed Amendment 9, which officially bans offshore drilling and seismic blasting in state waters.

In a state such as Florida, where tourism is an important economic driver, the potential destruction of natural marine habitats by offshore drilling is especially troubling. Tourism is the state of Florida’s number one industry, and according to Visit Florida, the official tourism marketing corporation for the state, it generates 23 percent of the state’s sales tax revenue.

According to a study published on the Florida Fish and Wildlife Conservation Commission website, Florida is also considered the fishing capital of the world. In 2013, Florida had 3.1 million anglers with total expenditures of $5 billion. The study also confirmed Florida’s role as the fishing destination for travelers, with 2 million non-resident anglers visiting the state. The ripple effect of these dollars was estimated as having an $8.7 billion economic impact from Florida’s recreational fisheries that supported 80,211 jobs.

Florida Governor Rick Scott stated his opposition to offshore oil drilling in a statement he made in January 2018, saying his “top priority is to ensure that Florida’s natural resources are protected.”

“It speaks volumes when a Republican governor is opposed to offshore drilling because he knows the value of tourism for the state and the fisheries” said Kyle Ferrar, the Regional Western Director of FracTracker, an organization that studies, maps and communicates the risks of oil and gas development.

Supporters of offshore oil drilling, however, argue that the importance of America’s energy independence outweigh the potential consequences. Studies by Quest Offshore Resources, Inc., a company hoping to advance deep water exploration, show that offshore oil and natural gas leasing in the Atlantic Outer Continental Shelf (OCS), Pacific OCS and Eastern Gulf of Mexico could, by 2035, create nearly 840,000 American jobs, raise more than $200 billion in revenue for the government and increase U.S. energy production by 3.5 million barrels of oil equivalent per day.

These numbers, however, are based on the Bureau of Ocean Exploration and Management (BOEM) estimates, which are all roughly three decades or more old when the last testing was completed with outdated technology.

Of the current 51 offshore wells drilled off the Atlantic, the latest figures from the BOEM indicate only six of these wells recovered natural gas during a test, and rates were variable and declining over time.

There is really no way to know how much oil exists or how profitable offshore drilling could be without extensive seismic blasting to test the OCS.

Seismic blasting is largely frowned upon by many because the airguns are so powerful and loud (upwards of 240 decibels, which is louder than a rock concert or a jet engine flying 100 feet overhead), that they disturb, injure or kill marine life, harm commercial fisheries, disrupt the fragile ocean ecosystem and in turn, greatly impact coastal economies. According to a study by the Norwegian Institute of Marine Research, following seismic surveys, catch rates of cod and haddock declined by 40 to 80 percent for thousands of miles.

With states exercising their legislative right to govern their own state waters, states like Florida have thrown a wrench into any plans for oil development in state waters, but not federal waters.

“Being able to pass local and state resolutions to block offshore oil drilling in state waters is incredibly important,” Ferrar said, “but it’s not enough to fully protect Florida from offshore drilling in federal waters.”

In spite of Pompano Beach’s resolution and the passing of Amendment 9, Florida may not be ‘out of the water’ when it comes to the effects of offshore oil drilling. While drilling in state waters is officially off the table, drilling in Federal waters is not prohibited.

Florida currently has a moratorium in place that prohibits drilling off the Gulf Coast, but potential deposits off Florida’s Atlantic coast have historically been left untouched.

In December 2016, President Obama issued a moratorium on all new oil and gas drilling in 120 acres in the Arctic and Atlantic, which was later reversed via executive order by President Trump in April 2017.

On Jan. 4, 2018, President Trump’s Secretary of the Interior Ryan Zinke announced a draft program to make 90 percent of the total U.S. Outer Continental Shelf acreage available for sale with 47 potential leases, 12 in the Gulf of Mexico and nine in the Atlantic Ocean.

In the Atlantic, three are proposed in the middle Atlantic, three in the south, two in the north Atlantic and one off the Florida coast. Zinke has said that the plan includes the largest number of lease sales ever proposed.

In response to the draft plan, some of Florida’s U.S. senators — Marco Rubio, a Republican, and Bill Nelson, a Democrat — joined Florida Governor Rick Scott in promising to defeat the plan. So did Republican Congressmen Carlos Curbelo, whose district includes the Florida Keys, and Matt Gaetz, who once proposed shutting down the U.S. Environmental Protection Agency.

Later in January, Zinke published a statement stating that he was “removing Florida from consideration for any new oil and gas platforms,” stating that Florida is unique and its coasts are heavily reliant on tourism as an economic driver.

Months later, in April, The Associated Press reported that Zinke made comments at an offshore wind energy forum in New Jersey that no state, including Florida has been exempted from drilling plans.

Already federal waters in Alaska are seeing plans for oil drilling. At the end of October, Interior Department officials announced their approval of Hilcorp Energy’s plan to drill for oil six miles off the Alaskan coast in the shallow waters of the Beaufort Sea. If the development moves forward, it would be the first oil and gas production facility in federal waters in Alaska.

Zinke said in a public announcement that the approval was a step forward for President Trump’s “American energy dominance” agenda that promotes the widespread development and production of fossil fuels such as coal and oil.

“American energy dominance is good for the economy, the environment, and our national security,” he said publicly. “Responsibly developing our resources, in Alaska especially, will allow us to use our energy diplomatically to aid our allies and check our adversaries. That makes America stronger and more influential around the globe.”

If offshore drilling does become a reality in federal waters in the Atlantic, Ferrar said that “the offshore oil rigs and platforms in federal waters are allowed to dispose of their waste water directly into the marine environment.”

The National Pollution Discharge Elimination Systems permit program was created in 1972 by the Clean Water Act to regulate point sources that discharge pollutants into the waters of the United States, but Ferrar said that even under these regulations of managed dumping, the pollution that is allowed still has an adverse effect on the environment, especially since oil contaminates ocean water at a much more rapid pace than groundwater that is drilled on land.

“For many of the contaminants we are not just talking about oil, we are talking about a highly toxic cocktail of chemicals that is water soluble and will mix right in,” Ferrar said.

Ferrar recently toured rigs off of the coast of California, where he helped an organization use OGI infrared technology to observe emissions coming from the platforms.

“We saw hydrocarbons that include benzine and other carcinogens and toxic compounds being emitted directly into the air,” Ferrar said.

Spills, Ferrar said, are also a major concern, not only for the environment, but for the local economy. Ferrar sites The Deepwater Horizon accident on April 20, 2010 in Florida’s Gulf waters when more than four million barrels of oil were released after an explosion of British Petroleum’s semi-submersible drilling rig. The accident killed 11 people and cost the oil company more than $40 billion in fines and clean-up. According to Oceana, as of 2016, total sales in Gulf seafood declined by $952.9 million and over 10 million user-days of beach, fishing and boating were lost.

The consequences of seismic blasting before oil drilling can begin are also of tremendous concern, said Ferrar.

In spite of the risks, some local citizens are still in support of oil drilling. Daniel helps his family run Pop’s Fish Market, a seafood shop catering to the Deerfield Beach area. The shop relies on local seafood, yet Daniel is not against offshore drilling.

“I’m not really against it,” he said. “More jobs will be created. I believe America should have control over their resources instead of depending on other countries.”

Ned Bowman is the Executive Director of the Florida Petroleum Marketing Association (FPMA). The FPMA represents 10,000 convenience stores in the state of Florida, and 7,000 of these shops sell gasoline. The organization publicly opposed the passage of Florida Amendment 9. Bowman said that oil drilling will help with the future of emergency preparedness in case of a hurricane in Florida.

“Electric vehicles are great but you have to charge them for eight hours,” he said. “There’s not enough natural gas and electricity when you’re talking [evacuating] about 6 million people…I love the coast, I love swimming in the ocean, but I think oil drilling can be done responsibly…If you look at all of the oil drills around the world, there are thousands upon thousands of them. And you look at how many actually leaked? Not a lot. When you go into the North Sea, there are very dynamic conditions there out of Norway, and they do things responsibly.”

With a new House and Senate, the future of Trump’s OCS draft plan and offshore drilling in the Atlantic is still unsure. 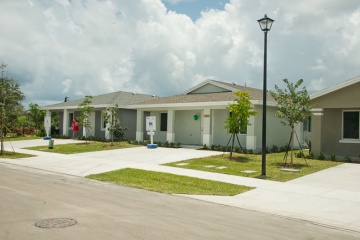