Through the James C. Acheson Fund of the Community Foundation of Broward, Acheson has donated a total of $26,520.84 to provide the fire department and its first responders with updated gear and equipment as they serve the community.

A portion of the funds will be used to purchase 24 state-of-the-art fire hoods that offer protection from heat and flames, as well as carcinogens and other harmful particles that can have long term effects on a firefighter’s health.

“When Dr. Acheson heard about the latest firefighter hoods, there was no doubt in his mind we should have them,” said Lighthouse Point Fire Chief Shawn Gilmartin.

In addition, new fire helmets with shields will replace old ones, some of which have been in use for 20 years. The money will also be used for six sets of firefighting bunker gear, or fire suits. Each suit consists of a jacket and trousers, and costs approximately $2,400.

The fire department will also be getting a computer software upgrade that will digitize the process for fire inspections and pre-fire planning of all businesses in the city, so that information will be readily available in the computer system. It will replace the current system of writing fire inspection reports on three sheets of carbon paper.

Acheson has helped fund other items for the fire department over the years, including a state-of-the-art Stryker stretcher and patient loading system that was installed in one of the rescue trucks in 2018, and an advanced life support training manikin purchased in 2016. Prior to that, Acheson donated a Life Pak 15, which is a portable EKG monitor and defibrillator.

“We’re so fortunate to have Dr. Acheson as a resident of Lighthouse Point,” said Gilmartin. “He’s strongly committed to investing in the future to enhance community life.”

Acheson is also contributing $35,000 toward a project at Frank McDonough Park that will transform two racquetball courts into an outdoor adult fitness area. New equipment will be installed that is meant to encourage adults and seniors to use the park in a new way.

“The fitness area will allow parents to stay active in close proximity to their children on the playing fields and playground,” said Lighthouse Point Parks and Recreation Director Becky Lysengen.

The outdoor exercise equipment will include full-body weight resistance and cardio options. The list of proposed equipment, which is subject to change based on park accommodations, includes a sit-up bench; push-up/triceps dip station; lateral pull down; pull-up bars; a chest press and leg press.

The current asphalt surface of the north racquetball courts will need to be excavated and removed for the installation of a concrete pad and the fitness equipment stations.

The transformation of the racquetball courts into a new outdoor adult fitness area will cost approximately $56,000. The funds from Acheson will cover the cost of the fitness equipment and installation. The City will pay the remaining $21,000 for the excavation and removal of material, the new concrete pad and fencing of the area.

When the new fitness area is completed, a ribbon-cutting event will be scheduled to celebrate the grand opening, said Lysengen.

As per an ordinance adopted in 2017, gifts to the City valued at $20,000 or more are required to be accepted by the City Commission.

In October, the City Commission approved the acceptance of the Lighthouse Point donations from the James C. Acheson Fund, and authorized the expenditure of the City’s share of the costs for the project at Frank McDonough Park. Justine Morgan, who is Charitable Funds Services Director at the Community Foundation of Broward, and also a Lighthouse Point resident, presented the donations in the form of two checks. 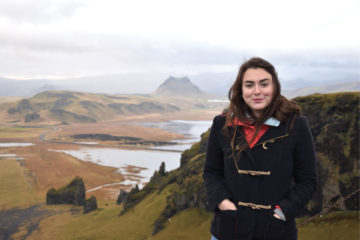