Over the past couple of months, the city’s first responders have been voicing their dissatisfaction over a possible increase in their pension-fund contributions, and some police officers are warning city officials that the situation may lead to a mass exodus of personnel.

Lighthouse Point firefighters and police officers currently pay 16.34 percent of their yearly salaries toward their pension plan. According to the Florida Division of Retirement, that rate is the highest in the state of Florida. The city’s contribution is 22.27 percent.

At a pension board meeting on March 26, the actuary from the League of Cities who manages the pension plan delivered a report that recommended the city raise the contribution rate of first responders to 22 percent to ensure the plan’s long-term funding. The recommended rate for the city’s contribution was 29 percent. While the pension board approved the report, no action has been taken yet to impose those rates.

If the higher rates were implemented, they wouldn’t take effect until October 2018, after the city’s budget for the new fiscal year has been set.

During a public comment period at the end of the meeting, which took place at City Hall, first responders took the podium to voice their concerns over what they see as a looming threat.

“We are facing a crisis,” said Sgt. Chris Oh. “The city is truly facing the possibility of a mass exodus of its professional police officers. I believe that if this pension issue that has been going on for a year-and-a-half is not fixed immediately, the hemorrhage of qualified police officers, including myself, will decimate this department.”

Oh said that if that were to happen, the city may be left with no other choice but to consider contracting with the Broward Sheriff’s Office.

A handful of first responders have already left, and others are in the process of looking for jobs elsewhere.

Officer Seth Cole, a member of the city’s police department and a resident, said that if pension costs are increased, he would consider leaving too, because there are hundreds of openings for law enforcement officers in Broward County.

Another police officer told the pension board that the problem needs to be fixed now to keep the quality of life for residents in the long term.

“We can either go down this road of wait and see, as people go out the door,” he said. “Or we can resolve this in good faith for everyone involved. The choice is truly up to you.”

In response, Mayor Glenn Troast stated several times that he has no intention of recommending to the Commission that there should be an increase in either the city’s or the employees’ contribution rates.

“I think the rates are high as they are. We’ve all talked about that,” he said.

He also said the pension plan that first responders currently have is the one they bargained for 15 years ago, and it has outgrown its usefulness.

Both the firefighters and police officers feel the long-term solution to the pension problem would be for the city to freeze its municipal pension plan and switch to the Florida Retirement System (FRS). Under the FRS plan, the contribution rate for first responders would be three percent, and the city would contribute 23 percent. At a pension board meeting held nearly two years ago, transitioning to the FRS was discussed as an option, but it was never implemented, which is the cause of the first responders’ growing frustration.

Lighthouse Point has been in union negotiations to renew the fire department’s three-year contract, which expired in October 2017. Deciding on how to migrate to the FRS has hindered the negotiation process. But Troast said those negotiations are very close to being resolved.

The police department’s three-year contract is up for renewal this October, and police personnel are watching closely to see how things turn out for the firefighters.

“More than likely, whatever happens to fire is what we’re going to get,” said Officer Chris Thompson, who is one of the police department’s two representatives for the Broward County Police Benevolent Association. “The city’s not going to do something for them, and do something more beneficial for us. We’re ready to negotiate an equitable solution. We ’re not asking for anything outrageous that’s going to burden the citizens. That’s the most important thing.”

Thompson also said: “If you want to attract qualified employees you have to be on a par with your sister cities. Otherwise, you’re just not going to retain people, or you’ll be a department of last resort for non-qualified candidates that other cities don’t want to hire.”

At its meeting on April 10, the City Commission made an effort to assure the police officers and firefighters who filled the commission chambers that they are valued, and that a workable solution will be reached.

Commission Vice President Earl Maucker said that because commissioners are, by law, limited as to what they can say on the issue, there is a perception that they don’t care, or that the city commission wants to see the city’s veteran firefighters and police officers leave the city.

“Nothing could be further from the truth,” he said. “We care about our first responders, and we’re going to do everything humanly possible to take care of them and come up with an agreement that is workable.”

The other commissioners echoed Maucker’s sentiments.

Joffe added that the situation has gone on too long, and become “a cancer” that has caused uncertainty not only for the first responders, but for residents.

“I remain very confident that the cure is going to be found, and found soon,” he said.

Mayor Troast agreed that the process has been taking longer than he would have liked. He reiterated that there has been no discussion, and there is no intent, to raise the pension rate to 22 percent.

“We are working through a process. We’ve had some hiccups in the process…but at the end of the day, we will get through the process … We’re going to do the best we can.”

More and more residents have become aware of the pension negotiations through social media and email posts. Toward the end of March, a website (backthebluelhp.com) was created by someone claiming to be a Lighthouse Point police officer. It anonymously provides an in-depth explanation and updates about the issue. It encouraged residents to attend the pension board meeting on March 26, and asks them to show their support at city commission meetings.

On April 14, the Broward County Police Benevolent Association arranged for a digital sign truck to make an appearance at the Concert in the Park at Frank McDonough Park that evening. The sign on the truck — which drove around the neighborhood and along Federal Highway for several hours — displayed a message urging residents to get involved in the pension issue. On the back of the truck it read: “Blue Lives Matter.” The message that appeared on the sides of the truck said: “Cops Can’t Afford to Work in Lighthouse Point. Stop the Exodus.” 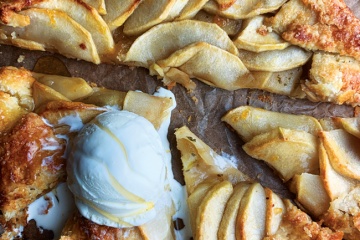