Since February, the City Commission has been discussing a possible $15 million bond referendum that would be placed on the November 2018 ballot.

The proceeds from the proposed general obligation bond would be used to fund a three-story, category 5 fire station with an Emergency Operations Center, built where Dixon Ahl Hall now stands. The bond issue would also be used for a new public works facility (the current one floods in heavy rains), a second-floor addition and renovations to the recreation building in Dan Witt Park, and the completion of the library’s second floor.

The recreation center’s first floor would be able to hold 150 people, and a covered patio and indoor bathrooms would be added. The second story would include offices, a teen center and a press box. The additional space could be rented out for private functions, generating revenue for the city.

A stairway, an elevator and restrooms could be added to the library so its second floor could be utilized, adding about 1,000 square feet.

A resolution to put the bond issue on the November ballot must be passed by the Commission by its meeting on June 12. City commission meetings generally take place on the second and fourth Tuesdays of the month at 6:30pm in Fletcher Hall, located at 2200 NE 38th Street, Lighthouse Point. 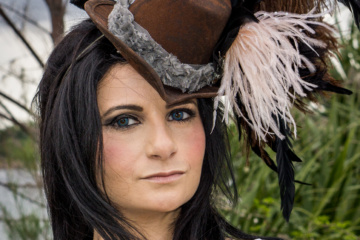