In the special municipal election held last March, Pompano Beach residents voted to authorize the issuance of $181 million in General Obligation Bonds (G.O. Bonds) to finance the design and construction of 25 projects throughout the city for improvements to streetscaping, parks, traffic and public safety.

At the end of April, the city commission approved a prioritization list for the projects, which will be carried out in two phases. Phase I, totaling approximately $105 million, is proposed to be carried out from late 2018 through the end of 2021. The work to be conducted includes design of all 25 projects, construction of 14 projects in their totality, and partial construction of four others. Construction is anticipated to start by early 2019.

The construction of the seven remaining projects is planned for Phase II. The projects partially constructed in Phase I will also be completed during the second phase.

How the Bonds Work

Having two separate sales is more an issue of logistics, said Sibble. It will facilitate better manageability of the proceeds, and implementation of the projects in a way that will minimize disruption to the public. Construction of all the projects can’t start at the same time, so the city doesn’t want to get all the proceeds in one sale, and then sit on them and pay interest.

“You don’t want to have bond proceeds in hand and then take a long time to spend the proceeds down,” said Sibble.

Before the first bond sale can take place, city staff will need to go back to the city commission to ask their approval for a bond ordinance that includes the dollar amount of the sale. That ordinance is expected to be presented to the commission this month.

Selling the bonds is “a pretty intricate process,” said Sibble. Before it can be publicly noticed that the bonds are available for sale, the city has to get a credit rating from a rating agency.

The agency looks at the city’s finances, policies and practices and assigns a rating to the bonds. The better the rating, the better interest rate the city will get, which means a better deal for the taxpayers who are paying back the bonds on the city’s behalf.

The city won’t know the interest rate until it actually goes to market to sell the bonds to an underwriter, who then sells them to investors. Right now, they’re trading at about 4 percent for a 30-year general obligation bond. The city used a 4.6 percent interest rate to calculate the tax impact to residents.

“We tried to be conservative looking forward,” said Sibble. “We’re hoping we come in less than that.”

Starting in November, residents will see the G.O. bond assessment on their property tax bill every year for a thirty-year period. It is estimated that the average annual cost to taxpayers will be 60 cents per $1,000 of municipal taxable value, over the period that the bonds are outstanding.

The projects to be constructed and completed during Phase I were selected based on input received from the public at over 30 community outreach meetings conducted throughout the city prior to the G.O. bond vote. Those projects include improvements to McNair Park, as well as the Collier City neighborhood, which has safety issues due to poor lighting. Other projects were chosen for their perceived economic impact to the city and residents.

Phase I will include projects in each of the city’s districts, “so that everybody gets a piece of that puzzle on the front end,” said Horacio Danovich, Pompano’s capital improvement manager.

Other projects slated to be completed during Phase I include: renovations to the Amphitheater; replacement of the Fishing Pier; improvements to Mitchell Moore Park and North Pompano Park; a new senior citizens center and replacement of Fire Station 61 in the northwest community; a new fire station in the southwest section of the city; renovation of beach lifeguard headquarters; reconstruction of Dr. Martin Luther King Jr. Blvd.; improvements to NE 33rd St. in the Cresthaven neighborhood, and to the Terra Mar Drive Bridge and SE Fifth Ave. Bridge.

Part of the money appropriated for Phase I will be used to reimburse the city’s general fund for monies previously allocated to the Fishing Pier ($9 million), acquisition of the Elks Club ($5.5 million) and land acquisition for the southwest Fire Station (approximately $400,000).

The city plans to keep the public involved as projects progress, and will begin doing outreach to get their feedback when it comes time for the design phase.

Residents will be able to follow the status of the projects on the city’s website by going to the “Capital Improvement Projects” page and clicking on “GO Bond” under “Monthly Updates.” The city is also working on adding a webpage dedicated only to monthly updates of the bond projects. It will include a map showing the locations of all the projects, and is expected to be up and running in the coming months. 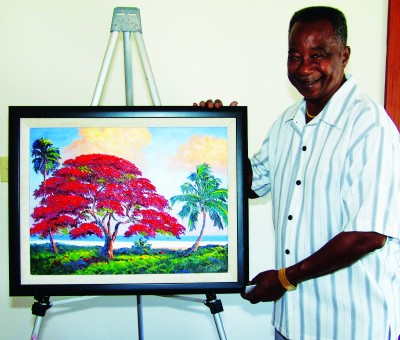