Mayor Glenn Troast announced May 21 that a verbal agreement and letter of understanding has been made between the City of Lighthouse Point and Jay Lighter, the owner of the former gas station and convenient store property located at 2101 NE 36th Street. The property has not been in use for roughly 12 years.

According to Troast, the letter of understanding with Lighter is to purchase the two parcels of land for an agreed upon price of $1.75 million. If the deal proceeds as planned, Troast said the land will be used as the site for Lighthouse Point’s new category five fire station and emergency operations center, which has been recently discussed as part of a proposed General Obligation (G.O.) Bond residents will be asked to vote on in November.

Prior to this agreement, the proposed plan for the new G.O. Bond-funded fire station involved completely demolishing the current fire station and Dixon Ahl Hall to build a new multi-purpose building, which would house both the fire station and community meeting space. In this plan, the building would be three stories and cost an estimated $10.7 million to build.

Troast said the new plan would be to leave Dixon Ahl Hall as-is and use the new parcels of land to build a new, two-story fire station. The current fire station could be operational while the new one is under construction. Upon completion, the old fire station would be demolished to make space for 15 additional City parking spots. According to Troast, the building cost for this newly proposed fire station is estimated at roughly $9.5 million, plus the land acquisition cost of $1.75 million, totaling $11.25 million.

“The current Lighthouse Point station is at best a Category 3 station,” said Mayor Troast. “New fire stations being built in South Florida are Category 5 stations. The new fire station will permit first responders to remain in Lighthouse Point during major storms. Currently, first responders are moved out of town, to several different locations, when a severe storm threatens South Florida.”

Mayor Troast said he is excited about the progress.

“Jay and I have been discussing this property for almost four years. Jay has been a perfect gentleman throughout the entire conversation.” said Troast. “It is great for the City to have this deal.”

Now that a letter of understanding has been made, counsel for the city will be working with Mr. Lighter’s attorneys on negotiating a purchase agreement. The City Commission will have several contingencies and a due-diligence period to complete environmental studies and other verifications on the property. The contract is also subject to commission approval and will most likely be discussed and voted on at a City Commission in June.

Lighter, who is currently a co-owner of EF Tire & Auto, had originally been in negotiations to lease the former gas station property to Monique Keitz and Carly Altier, owners of The Seed coffee shop in Boca Raton. Keitz and Altier had intended on building an indoor-outdoor coffee shop on the property. The site plan and “change of use” for the coffee shop, named the Sweetbriar, was approved in May 2017 by the Planning and Zoning Board, as well as the City Commission. The proposed exterior renovations were also approved by the Community Appearance Board. The deal, however, fell through in early 2018. 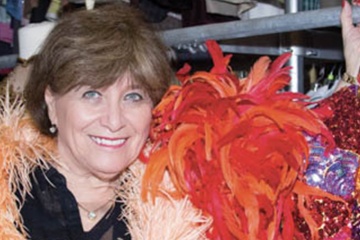