Lighthouse Point firefighters have accepted a new labor contract presented by the city at a negotiation meeting held at the end of April. The contract addresses the pension plan issues that had drawn out the negotiation process.

“We came to an agreement at the table, saying we’re done with the negotiations, these terms are acceptable, go ahead and draft them up,” said Nick Palmisano, the fire department’s union representative.

Lighthouse Point firefighters and police officers currently pay 16.34 percent of their yearly salaries to their pension plan, one of the highest rates in the state of Florida. The city’s contribution is 22.27 percent.

The city’s first responders expressed dissatisfaction when the actuary who manages the pension plan recently recommended the city raise their contribution rate to 21.26 percent. Some police officers warned city officials that the situation could lead to a mass exodus of personnel.

Both the firefighters and police officers felt the long-term solution to the pension problem would be for the city to freeze its municipal pension plan and switch to the Florida Retirement System (FRS). Under the FRS plan, the contribution rate for first responders would be three percent, and the city would contribute 23 percent.

The city began negotiations with firefighters to renew their three-year contract several months before it expired last October. Deciding on how to migrate to the FRS complicated the negotiations.

Under the new contract, firefighters will have the option to switch to the FRS plan. There will be incentives to move to the plan, which requires retirement at age 60, or after 30 years in the plan, whichever comes first. Under the city’s pension plan, firefighters could retire at age 55 with 10 years of service or at age 50 with 25 years of service.

Those who are eligible to retire now will be offered a deferred retirement option plan (DROP). They would remain in the city’s pension plan and be paid benefits that they can access when they retire within five years.

The new contract also gives firefighters a two percent wage increase that is retroactive back to Oct. 1, when the previous contract expired. They’ll also receive a one percent raise in 2019 and 2020.

The union attorney for the fire department and the city’s labor attorney spent time working on the language of the final contract. Palmisano said some areas needed to be clarified to ensure there is no room for misinterpretation, and the firefighters’ interests are protected.

Fifty-one percent of the city’s 24 firefighters must vote in favor of the contract in order for it to be taken to the City Commission for approval. The Commission will most likely vote on the contract at its first meeting in June.

The FRS requires that the first responders also vote on whether they want to enter into the statewide plan.

“If we vote ‘yes’ on our contract, we’re going to vote ‘yes’ for FRS, because that’s what its’s all about,” said Palmisano.

The police department’s three-year contract is up for renewal this October, and their first contract negotiation meeting with the city took place last month. Police personnel were watching closely to see how things turned out for the firefighters.

“I was happy that they came to an agreement,” said Chris Thompson, one of the police department’s union representatives. “I expect ours to be identical to what the fire department was offered as far as the pension plan.”

Police would also like to see an increase in their education incentive pay, and a raise for specialty units, such as detectives, crowd control officers and training officers, whose schedules are sporadic. 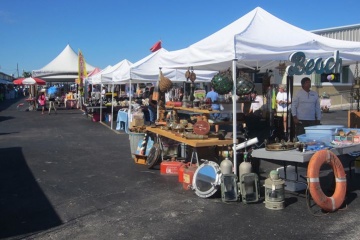