Riverside Promenade, a restaurant and retail project currently under construction at the southeast corner of the Atlantic Boulevard Bridge in Pompano Beach, expects to see the opening of its first component – a breakfast spot called Yellow Yolk – in September 2022, according to the project architect, Julio Montaner of South East Architects Services.

The Riverside Promenade development consists of two side-by-side restaurants along the Intracoastal Waterway, plus a retail building at 3200 E. Atlantic Boulevard, between South Riverside Drive and Hibiscus Avenue, which will contain Yellow Yolk and a small real estate office.

Yellow Yolk, located in the one-story retail building, will have 88 indoor seats and 62 outdoor seats.

The Riverside Promenade project is being developed by Tsatas Acquisitions, the company that owns the property. It will include roughly 100 surface parking spaces on Riverside Drive, in an area across the street from the two restaurants and directly behind the retail building.

Tsatas Acquisitions will operate Yellow Yolk and the other two eateries. The company is the former owner of Madisons New York Grill & Bar, which opened in Boca Raton in 2013, and closed in May 2021.

The Riverside Promenade project had its groundbreaking in November 2017, and subsequently encountered delays. Last year, several design modifications were made to the two restaurant buildings, which needed to go through the City’s approval process. The overall design concept has not been changed. The changes were solely related to revised interior design elements and screening mechanical equipment on the roof.

Montaner said he expects the shells of all three buildings will be completed in April 2022, as well as the parking, landscaping and irrigation. 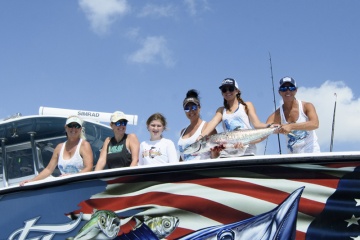