A1A TWIN TOWERS PROJECT: Ocean Park Beach Residences, a 205-foot-high “twin towers” mixed-use project planned for a vacant 0.62-acre parcel at 1508 N. Ocean Blvd in Pompano Beach, is currently going through the City’s review process for site plan approval, just over a year after a resident-led lawsuit against the project was dismissed.

The site of the proposed project is on the southeast corner of the NE 16th Street and A1A intersection, adjacent to North Ocean Park, a beachfront public city park that is designated as one of the resources along the Broward County A1A Scenic Highway.

In July 2019, the City Commission approved a request by the developer, Mount Vernon Property Holdings, LLC, to rezone the vacant parcel in order to accommodate the project, which many residents in the surrounding neighborhood strongly opposed. The maximum height allowable before the zoning change was 105 feet.

Members of the public who spoke out against the project and the rezoning of the property during city commission meetings said they were concerned about the height of the building, insufficient parking, potential traffic issues, incompatibility with the proposed site, and putting too much on such a small parcel. Some neighboring residents held a protest at the project site.

In August 2019, two residents who live in proximity of the project site filed an appeal in Broward County Circuit Court against the City Commission’s decision to approve the rezoning of the property and a development agreement related to improvements the developer is proposing for North Ocean Park. The City defended the case and the Court denied the appeal in October 2020 and dismissed the matter.

According to the site plan, the developer plans to construct a 19-story mixed-use building that includes two towers of luxury condominiums on top of a 3-story base. The base includes approximately 3,500 square feet of ground-floor commercial space (intended primarily for the benefit of residents of the building) and three levels of parking with access fronting NE 16th Street. The building’s fourth floor consists of a landscaped deck with a pool and other amenities. The residential component begins on level five.

The two residential towers consist of 28 dwelling units, with each floor of each tower containing a single unit, except for the top floor, which contains a two-story penthouse. A total of 75 parking spaces are proposed for the project’s residential and commercial components.

The proposed 19-story structure is approximately 50 feet taller than its closest multi-family neighbor, Tiffany Gardens to the north, which stands at 145 feet, but was built before the 105-foot height restriction was established.

When the ordinance to rezone the project site came before the City Commission for final approval, Pompano Beach Mayor Rex Hardin, who voted against it, said: “It’s a beautiful project but not in that spot. It’s just not compatible with that park being right behind it. I think it’s just too large.”

The developer is proposing to add a new pavilion, restrooms, exterior showers, seating, landscaping, picnic tables, BBQ grills and fitness equipment to North Ocean Park, which will remain a public city park. All changes to the park must have City approval, and must comply with all guidelines consistent with the park’s AIA Scenic Highway designation.

The current project is a revised version of plans the developer submitted to the City in 2017 as part of a rezoning request for the site, which was not approved. At that time, the project consisted of two 248-foot-high towers with 35 residential units. The mixed-use component was 768 square feet of unmanned kiosks and a 400-square-foot Broward Sheriff’s Office substation on the ground floor. 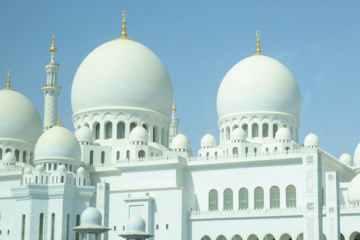