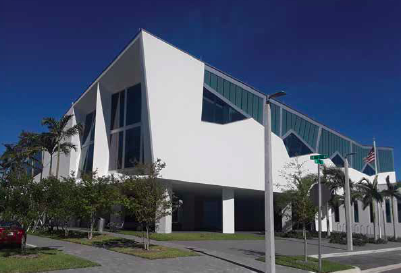 The long-awaited opening of Pompano’s new state-of-the art library took place last month, culminating a years-long collaborative effort between the city and Broward County to create a venue that will serve as a focal point for culture and learning.

The library, located at 50 W. Atlantic Blvd., east of City Hall, is in the head-turning two-story, 47,000-square-foot building that is also home to the Pompano Beach Cultural Center, which opened last May. The county’s plan to build a new library, which is part of the Broward County Library system, provided the platform for the city to maximize the site and add the cultural center.

“It was a true partnership to achieve each of our goals,” said Pompano Beach Mayor Lamar Fisher. “We’re extremely excited that the project is completed and now fully operational.”

The new library replaces the library that was in operation at 1213 E. Atlantic Boulevard from 1952 until November of last year.

“The library will provide multiple programs for our children, all the way to our senior adults, in a great atmosphere,” said Fisher. “It’s centrally located in our new downtown with easy access for all of our residents.”

The new location is more than twice the size of the old one, increasing from 13,000 square feet to 27,000 square feet. Its unconventional interior is open and airy, with lots of glass and natural lighting. The number of books has also nearly doubled, with 34,213 books in the new library, compared to 17,658 books in the old one.

In addition to books, audio-visual materials, reference resources and periodicals, the new library offers a myriad of technology that is intended to cut across age groups and increase access to knowledge for different users. Tech amenities include more than 50 computers available for patrons; tables and chairs with built-in charging stations for electronic devices; and Wi-Fi available throughout the building. 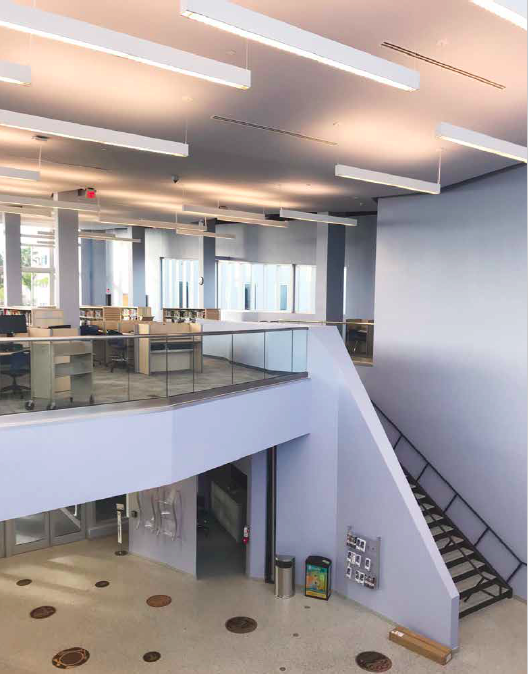 The ground floor of the library features resources for children and teens, including a Computer Tech Center that has 20 computers and a ceiling projector and screen for public use and classes. There is also a Teen Tech Studio that was designed to offer young adults a space where they can explore digital media and creativity, individually and collaboratively. It has seven computers, a 3-D printer, color printer, virtual reality gear, gaming consoles and a “green screen” for video creation. A separate multi-purpose room will be available for library programming and use by the public.

The library’s loft-like second floor offers resources primarily for adults, as well as a Creation Station equipped with 3-D printers, virtual reality gear and creative software that can be used by patrons of all ages. Much of the library’s digital equipment is similar to the equipment found in the digital media center at the Cultural Center, but at the library it’s more readily available.

Like all of the Broward County Library locations, the new Pompano Beach branch will offer a wide range of programs and events for people of all ages and interests. There will be story times for children of different age groups, and at times, there will be special events presented by outside entertainers, such as musicians and storytellers. The staff will also offer computer classes to the public. In addition, the Library and the Cultural Center have plans to do cooperative programs together, such as lunchtime events in the

courtyard situated between the two facilities. These events may include acoustic guitar music, poetry readings, book talks and mini-plays.

The library will be headed by William Fritz, who became the Community Library Manager of the Pompano Beach Library in 2014, and will continue to serve in that role at the new location. Fritz began working as a librarian in the Broward County Library

system in 2001, and has managed five branches.

“The staff and I are looking forward to helping our customers discover and use all of the advanced technology offered at the new library, and providing them with the best possible service,” said Fritz.

The library’s other amenities include 142 dedicated parking spaces shared with the cultural center, and a drive-through book return located on the east side of the library that allows customers to conveniently return books and audio-visual items without getting out of their cars. There are also two book returns inside the library.

The original vision for the library did not include it being partnered with the cultural center. Rather, the idea of adding a cultural center developed as the planning for the

library moved forward. When Redevelopment Management Associates (RMA) was engaged as the Executive Director of the Pompano Beach Community Redevelopment Agency, their ideas to reinvent Old Town Pompano Beach placed an emphasis on arts and culture venues. When residents were asked for their input, there was an overwhelming response in favor of including the cultural center in the library plan.

“The collaboration between the county and the city to merge the cultural center and the library provides a one-stop-shop for culture, education and recreation,” said Fritz.

The library was constructed with the objective of earning a LEED certification (Leadership in Energy and Environmental Design). Now that the library is completed, it will be assessed and given a LEED rating, and is expected to achieve a Gold-level certification.

“We are excited to open this new library and to offer all of these services and programs and cutting-edge technology to the Pompano Beach community,” said Carol Russo, Acting Assistant Director of Broward County Libraries. “We know they’ve been waiting for a long time, and we’re happy to be able to finally open this facility.”

NEPAL AND THE MYSTICAL HIMALAYAS 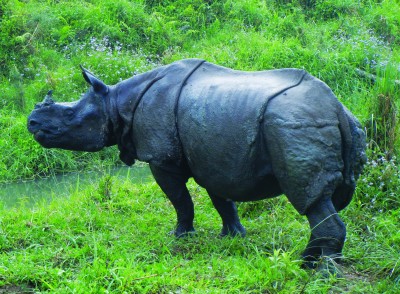