The chain has announced it has begun testing the Beyond Burger at a handful of its restaurants including their Pompano Beach restaurant at 750 West Sample Road.

The Beyond Burger is made from simple plant-based ingredients and is vegan, vegetarian and contains no GMOs, gluten, soy and dairy.  According to a press release issued by Miami Grill,”The result is an uncompromisingly delicious burger, made directly from plants – a burger with benefits containing more protein than beef. Producing a Beyond Burger requires 99 percent less water, 93 percent less land, 46 percent less energy and emits 90 percent fewer GHGE, compared to a quarter-pound U.S beef burger.”

“We started testing the Beyond Burger at one of our corporate-owned restaurants, and customer reactions and comments around the taste and texture of this revolutionary product exceeded our initial expectations, so we quickly added six additional testing locations,” said Jonathan H. Vogel, Chief Operating Officer for Miami Grill. “It’s quite clear that there’s real excitement surrounding plant-based burgers.”

The Miami Subs chain started in the 1980s and grew fast throughout South Florida and even the entire country.  After a series of ownership changes, the chain was reduced to about 40 locations (from a high of several hundred).  In 2012, Pitbull purchased an equity stake in Miami Subs.  Over the past five years, the chain has been updating and rebranding many of their locations as Miami Grill.  They have been also adding new locations under that name.

Over the past few years, as eating habits have chains vegan restaurants have been popping up in Pompano Beach, Deerfield Beach and all over the world.  Many more, like Miami Grill, have been adding meat-free and vegan options to their menus.

If you get a chance to try the Miami Grill Beyond Burger, let us know what you think. 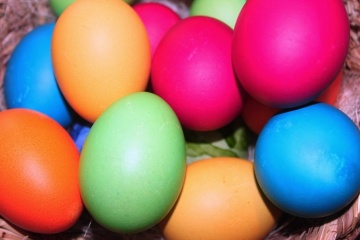