Pompano Beach Restaurant Construction: The new upscale dining and retail complex at the southeast corner of the Atlantic Boulevard Bridge in Pompano Beach is back on track after coming to a standstill almost 10 months ago.

“We are moving forward,” said Don Olsen, Director of Operations for Tsatas Acquisitions, the company that owns the property and is managing the project. “We’re doing the vertical pieces now. In a few months, you’ll see the buildings will be all the way up.”

According to Olsen, construction of the project had come to halt in order to correct a design issue that affected the civil engineering. The City and the engineers were able to resolve the issue about three months ago.  Multiple Pompano Beach city officials, including Mayor Rex Hardin, publicly stated there were problems with the contractor originally assigned to the project, as well.

The project, which is registered with the City as Riverside Promenade, had its groundbreaking in November 2017. The project is now fully permitted and the buildings are expected to be up by October. The interior build outs should be completed sometime between December 2019 and February 2020.

The project consists of two restaurants and a retail building.

“There will be no expense spared at this location,” said Olsen.

As an example, Olsen noted the investment that was made in the retractable awning system for the patio deck space to ensure that it’s a comfortable place to sit outside in any kind of weather situation.

There had been plans to name the whole project Harbor Promenade and the larger restaurant Harbor NYC, but those names will no longer be used.

Olsen said different name options are currently being explored. The larger restaurant could be called Madisons New York Grill & Bar, which is the name of an existing eatery that Tsatas Acquisitions opened in Boca Raton in 2013.

A name is also being sought for the smaller restaurant.

The retail component of the project will be a retail building located on Atlantic Boulevard between South Riverside Drive and Hibiscus Avenue. There is enough space for four bays, but two of the bays will likely be combined for one business. The types of retail that will occupy the building haven’t been decided on yet, but Tsatas is in the process of contracting a commercial real estate agent to lease out the spaces.

“We may even keep one of the bays for ourselves and do another concept in there,” said Olsen. “So, we’re floating all ideas.”

The retail building will be done first because it’s a simple structure with aluminum framing and a mostly glass exterior all the way around. The larger restaurant will be the next building to be completed.

Within the next month or two, signage that includes new renderings of the buildings will be put up on the fence line around the entire property, which is 2.2 acres.

Olsen said that Tsatas Acquisitions is looking to make a heavy investment in Pompano Beach because “we believe that Pompano is going to be the next great city to go to in South Florida.”

“Our expectations are high, and we have a feeling that the City and the community are going to love our concepts and they’re going to love having a new place to be able to choose from,” he said.

THE PHOTO GALLERY BELOW INCLUDES PICTURES OF THE CURRENT CONSTRUCTION AND ARTIST RENDERINGS OF WHAT THE COMPLETED PROJECT WILL LOOK LIKE.

For more Pompano Beach restaurant, construction and other news and events read Pompano! magazine and search our website. 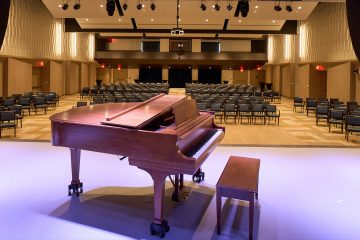