City Looking for Master Developer for Downtown and Innovation District

POMPANO BEACH REDEVELOPMENT: The city of Pompano Beach issued a press release today seeking applicants for master developer of the CRA’s Downtown and Innovation District with “the creation of a dense urban downtown [as] the next redevelopment goal.”

The Request for Letters of Interest (RLI) for a Master Developer is the next step in Pompano Beach’s long time efforts to redevelop the Dixie Highway corridor, the Old Pompano downtown area and the Northwest part of the city as a whole.

Those efforts became focused around the creation of an Innovation District over the past couple of years.  This was done, in part, due to a lawsuit the city had filed against Broward County over the future of CRA funding in the Northwest District.  The suit was settled last year.

Under the terms of the settlement, after fiscal year 2019, the NW CRA will only receive tax-generated revenues from the city, not the county. A settlement amount totaling $13.75 million will be paid to the CRA over a period of six years. At the time, Kim Briesemeister, head of the company then overseeing the CRA, said the funds will be focused on developing the 70-acre Innovation District in downtown, which is where the city believes they are most likely to generate the greatest economic development and revenue,  instead of spreading that money over the entire 3,000-acre NW CRA.

>>>>>You can read our report from last year, detailing the plan and the settlement (and check out artist renderings of the project) by clicking here.  You can view the city’s official presentation on the Innovation District here.  And below is a video from the city outlining the vision.


The following is the text of the press release issued earlier today:

POMPANO BEACH, Fla., June 11, 2019–The City of Pompano Beach and Pompano Beach CRA have issued a Request for Letters of Interest (RLI) for a Master Developer for the City’s Downtown and Innovation District. The South Florida municipality has undergone a tremendous transformation during the past few years, and the creation of a dense urban downtown is the next redevelopment goal.

“We are seeking developers who understand our goals for the area, offer experience in prior projects of this scope and have the financial capability to undertake this project,” said Nguyen Tran, CRA Director. “Over the past 20 years, the Northwest CRA has assembled over 30 acres of land within the almost 70-acre Innovation District.  Most developable parcels are generally located along the busy I-95 corridor and Atlantic Boulevard, making this one of the last prime development opportunities of its kind in South Florida.”

Based on a previous market analysis, the following can guide the master plan for a mix of desirable uses:

In addition, as part of the marketing and branding strategy for downtown, the CRA envisions a creative and unique drainage system, possibly using linear waterway systems that create a visible and desirable asset for development parcels, much like the waterways in Amsterdam in the Netherlands, and San Antonio, Texas (from a visual perspective). A stormwater conceptual master license has already received county approval and a drainage district will need to be formed. Design and construction of a creative and aesthetically pleasing drainage option can occur simultaneously with the vertical development.

The City has also invested heavily in cultural assets in the downtown area. The Pompano Beach Cultural Center, Bailey Contemporary Arts and Historic Ali Cultural Arts are spread out over three distinct geographic areas in the Downtown providing opportunities for pedestrian movement between them. Highlighting these facilities and using them as anchors in the master plan will provide a ready-made set of assets to build upon for future redevelopment. 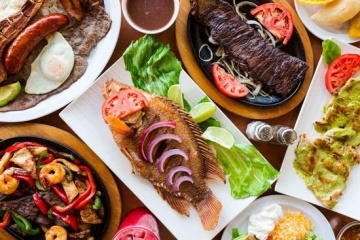