Mitzi the cat was laying on the steps outside of her Pompano Beach home. Or maybe she was playing in the yard. What exactly happened next is still uncertain, but the end result is indisputable: Mitzi the cat was dead.

Mitzi died on that warm Sunday afternoon about an hour after an alleged fatal altercation with a neighbor’s pitbull who had gotten loose.

Mitzi’s owners,  Joe and Maria Hector, were sitting down for Sunday dinner. Maria said, ” All I heard was her screeching.” Joe quickly ran to the door, but the few seconds it took him were too long to save Mitzi from the attack.

Two blocks away, Carl Whitlock and his wife Patti witnessed their dog Sugar run out of their house, after a roommate accidently left the door open. According to the police report, Carl ran down the street looking for his pet but wasn’t able to catch Sugar until he got to the Hector’s home in the Highlands neighborhood of Pompano Beach.

By that time, all parties agree, Sugar had latched on to Mitzi. Pandemonium followed with Carl Whitlock frantically trying to pull his dog off the bleeding cat. By the time he had fully secured Sugar, Mitzi was in bad shape.  According to Joe Hector she was “almost severed in half.”

Owners disagree on exactly what occurred

Patti says she and her husband don’t dispute the attack occurred but believe Mitzi may have been running in or near the street and somehow attracted Sugar’s attention.  Both Hectors strongly dispute this, saying Mitzi was primarily an indoor cat who liked to sit just outside the front door to soak up the sun and was essentially afraid to even touch the grass.

Sugar the pitbull had been adopted three times; recently attacked a possum

Patti told us that Sugar was a two year old, part pitbull mixed breed, they had rescued from the humane society a year earlier.  She says two previous owners had returned the dog to the humane society.   She wasn’t certain of the exact reasons but believed it was because the prior owners had both moved and couldn’t keep the dog.

Sugar is “a service animal”, per Patti, not licensed but “tested” to make sure the dog would be able to aid her husband, who she says suffers from mental disability.  Both Patti and Carl maintain Sugar is a “friendly” animal and had never attacked a pet before.  However, in the police report, Carl Whitlock conceded the dog had recently caught a possum and had its “first taste of blood.”

Pompano Beach Animal Control fined Carl $250, according to Patti, and the dog remains in their home.  Patti was unaware Mitzi had died and tearfully told us she was “very, very sorry.”

The Hectors have since buried Mitzi in their backyard and say they still have not gotten over the shock of the brutal incident.  Maria, who is nine months pregnant with the couple’s first child, is “fearful” a similar incident could happen to her soon to be born baby. 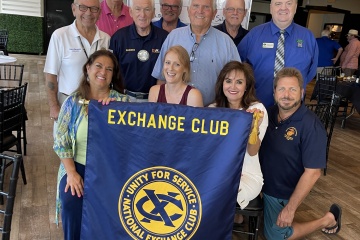