Scharf , who plays for the Deerfield Beach Bulldog Destroyers basketball team, also won a sixth place award for his performance in the 800 meter freestyle competition.

Scharf, 41, has been participating in the Special Olympics for thirty years.  He says his “favorite Special Olympics memory is swimming from Nevis to St. Kitts and coming in 1st place on the two person relay team with Gina Grant, it was the longest ocean swim I have ever swam.”

Grant, 21, from Pembroke Pines, also competed in the 1500 meter open swim and 800 meter freestyle, winning awards for her 4th and 2nd place finishes.

Devos proposed the cut in Special Olympics funding while meeting with the House of Representatives budget committee on Tuesday.  The proposal met with immediate criticism from both sides of the aisle.

“The Special Olympics is not a federal program. It’s a private organization. I love its work, and I have personally supported its mission. Because of its important work, it is able to raise more than $100 million every year,” DeVos said in a statement released on Wednesday.

Should Devos and President Trump’s budget takes effect, financial support for Special Olympians like Lee and Gina, will be more dependent on individual donations.  If you would like to contribute to the Florida Special Olympics, call (352)243-9536.

4 new restaurants in Pompano Beach to check out

UPDATE: I-95 IN DEERFIELD BEACH RE-OPENED; 1 CHILD DEAD, ANOTHER ON LIFE SUPPORT 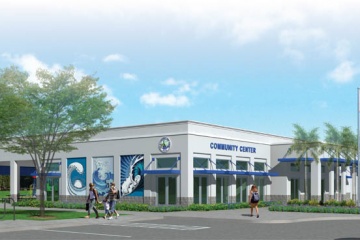