HIDDEN HARBOUR PROJECT SCALED BACK- Plans for the 300-unit mixed-use development project off N. Federal Hwy in Pompano Beach will no longer include two elements that had raised concern among a number of residents and city officials: a seven-story pedestrian bridge and 14,875 square feet of residential units over NE 23rd Avenue.

Graham Penn, the attorney representing the developer, announced the changes to the project, officially known as Harborside at Hidden Harbour, at the city’s Development Review Committee meeting on Dec. 18.

Penn also indicated that some or all of a small, grassy lot on the north side of NE 16th Street that the developer intended to set aside for use as a public park may be used for parking.

The revised plans must be submitted to the City by Feb. 1, 2020 in order to keep the site plan application in active development review status.

According to Penn, the number of proposed residential units in the Hidden Harbour project has decreased progressively from 443 to 300 units as it has gone through reviews at the City and County level.

The project site is located in Pompano Beach east of Federal Highway, north of NE 14th St. Causeway and south of NE 16th Street, with NE 23rd Avenue running north-to-south through the middle of it. The site is being developed by the owner of the adjacent Aquamarina Hidden Harbour marine facility, which will be incorporated into the project.

The proposed pedestrian bridge would have connected one building lying between Federal Highway and the west side of NE 23rd Avenue with another building along NE 16th Street, starting at the third floor.

Plans also called for portions of 32 residential units to be built over the east and west sidewalks of NE 23rd Avenue (four units per floor on floors 2 through 9), supported by columns, and creating an arcade, or “colonnaded walkway” on each side of the avenue.

The City Commission, at its Dec. 10 meeting, denied the developer’s request to vacate the sidewalk on first reading in a 4 to 2 vote.

Jean Dolan of the city’s Development Services Department explained to the Commission that if the sidewalk vacation was approved, it would be the first time the City has given up a public right-of-way for a building to be over it.

Vice Mayor Barry Moss said: “Once it’s done, it sets a precedent, and I don’t know how we could ever say ‘no’ to anyone else coming down the road wanting to do it.”

Commissioner Andrea McGee of District 1, where the project is being planned, said the idea of residences over sidewalks seemed to be “a breaking point for the neighborhood,” even for people who like the project and want to move forward with it.

Mayor Rex Hardin said he didn’t have a problem with the pedestrian bridge, or the project overall, but was concerned about the amount of living space in the right-of-way, and initially didn’t realize the extent of it.

“To me, this is a building encroachment,” said Stacer, who objected to putting private residences in the public right-of-way, but not to the pedestrian bridge.

An application from the developer to rezone the project site as a Planned Development Infill district was approved by the City Commission on Nov. 12 on first reading in a 5 to 1 vote. Commissioner Tom McMahon cast the only ‘no’ vote, voicing concern about the density of the project. The master plan presented to the Commission included the pedestrian bridge and residential units over NE 23rd Avenue.

The second reading for the rezoning application was scheduled for the Commission’s Dec. 10 meeting, but was postponed until Jan. 14, 2020.

In the current project plans, the proposed 9-story building fronting Federal Highway will include a 562-space parking garage, a ground-floor restaurant with a view down the Caliban Canal, and a marine retail space and showroom.

The marina’s existing dry boat storage building will remain, as well as boat slips for use by customers of the marina.

The proposed building fronting NE 16th Street would replace an existing boatyard. The building was originally designed to have nine stories, with a transition to three stories for the portion adjacent to the existing 2-story Villa Rio condominiums to the east. Based on feedback from the Planning and Zoning Board, the design was revised so that the building now transitions from nine stories down to six stories, and then to three stories.

Pedestrian paths, 10 to 15 feet wide, are planned along the waterway on NE 23rd Avenue and NE 16th Street.

In order for the pedestrian bridge to be built in the City’s “air rights” over the roadway, the developer would have needed to obtain an “air rights agreement” from the City. 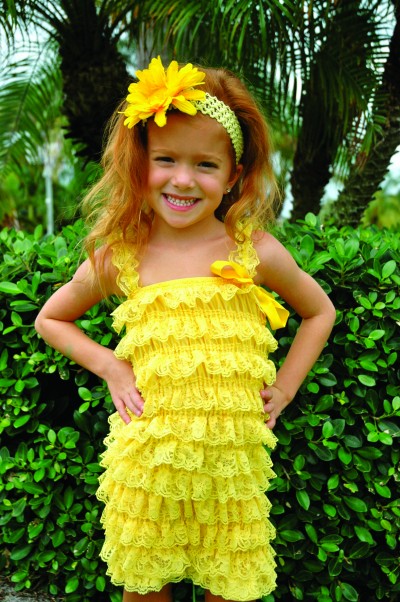