A1A and Pier St. Intersection will get Traffic Signal for Safer Pedestrian Crossing

The City has entered into a construction agreement with the Florida Department of Transportation (FDOT) to install a traffic signal at the intersection of A1A and Pier Street to aid pedestrian and vehicular traffic.

An existing traffic signal located just south of the A1A and Pier Street intersection will be removed, and a new traffic signal will be placed at the actual intersection. The new signal will be synchronized to manage a greater pedestrian demand, the result of increased activity at the Pompano Beach Fishing Pier and the Pompano Beach Fishing Village. Pier Street, which is known as NE 2nd Street on the west side of AIA, runs from the fishing pier to a water taxi station on the Intracoastal Waterway, while passing through the Fishing Village.

The new location of the traffic signal is intended to provide safer pedestrian crossing of the intersection, according to Horacio Danovich, the city’s capital improvements program and Innovation District director.

Pier Street on the east side of A1A was constructed in conjunction with the Pier Parking Garage, which opened in 2016 and is part of the Fishing Village.

In 2013, Broward County approved a land use plan amendment for the Fishing Village, which included provisions for the relocation of the traffic signal. The construction agreement, which FDOT requires because A1A is a state road, is the last step in the process to move forward with installation. Danovich expects work to begin this summer or fall and to take about nine months to complete. The City-funded project is anticipated to cost approximately $1 million.

Pompano Beach has one of "ten best St. Pats parties" 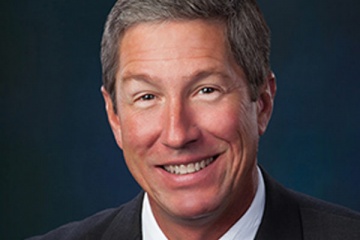