At its meeting on Jan. 22, the City Commission approved the conveyance of eight City-owned properties to the Pompano Beach Community Redevelopment Agency (CRA), in order to help facilitate development in the downtown area. All eight properties are located in the vicinity of Dr. Martin Luther King Jr. Boulevard (MLK Boulevard), in the Northwest CRA district, and are adjacent to property already owned by the CRA.

The properties will be developed to implement the city’s general vision for an urbanized downtown, said CRA Director Nguyen Tran. At the heart of this ‘new’ downtown is the development of the area branded as the Innovation District, which is bound by I-95 to the west, Dixie Highway to the east, MLK Boulevard (NW Third Street) to the north, and Atlantic Boulevard to the south. The emphasis is on a pedestrian friendly, mixed-use environment that includes commercial retail on the ground floor and higher-density residential on the upper floors, as well as office, restaurant and hotel space.

All but two of the properties the CRA obtained from the City are zoned for mixed-use development. Four of the acquired properties are located in the Innovation District. Three properties are located in the Blanche Ely Neighborhood north of MLK Boulevard, and one property is part of the site referred to as the “Gateway Property,” which lies directly north of the Innovation District on the northwest corner of the intersection of N. Dixie Highway and MLK Boulevard.

The CRA already owned the other portion of the Gateway site. In April 2017, the City and CRA issued a joint solicitation seeking a developer for the 2.25-acre site, but only one proposal was received. The proposal was later withdrawn, partly due to the split ownership of the site, and the developer’s commitment to other projects. Now that the CRA owns the entire Gateway property, the CRA can issue a solicitation to attract a developer for the property as one unified site, which it plans to do sometime this March.

“The idea of the City conveying that property to the CRA is that we can procure a developer and work on a development agreement with that developer more efficiently,” said Tran.

The City Commission was to vote on the conveyance of the eight properties at its Jan. 8 meeting, but the item was postponed to Jan. 22 because Commissioner Beverly Perkins wanted additional information on the type of development that could occur on the properties, which are located in District 4, the district she represents. When the resolution for the conveyance of the properties was finally voted on, Perkins was the only commissioner to cast a ‘no’ vote. Perkins has had ongoing concerns about how the City is acquiring property via liens and fines on property owners in her district, and has voiced her anger about what she percieves as a lack of transparency and equitability in regards to re-development projects in the city.

To meet the requirement of “fair and equitable compensation” under the city’s Charter, six properties owned by the CRA will be conveyed to the City. In addition to acquiring the eight City-owned properties, the CRA is in the process of finalizing the purchase of 13 properties that were owned by the Grisham family, whose roots in Pompano’s northwest community run deep. Those properties are located behind the City Vista building at the northeast corner of MLK Boulevard and NW Sixth Avenue.

As soon as the $2 million purchase of the Grisham properties is completed, the CRA plans to issue a solicitation for a developer. The intent of acquiring the properties is for additional workforce housing opportunities, said Tran. The assemblage of Grisham properties would be combined with existing CRA properties to have enough land to build the project. 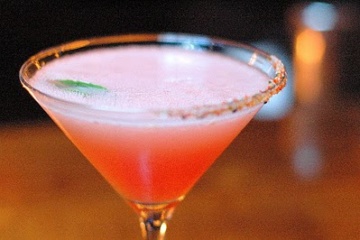