Concerned about an uptick in gun violence in Pompano Beach, city officials have decided to implement a real-time gunshot detection and alert system, called ShotSpotter, in a five-square-mile area of the city.

In 2019, from Jan. 1 to Oct. 14, there were a total of 74 shooting incidents in Pompano Beach, five of which were fatal shootings, according to BSO statistics.

The ShotSpotter system uses acoustic sensors placed throughout a neighborhood, typically on top of buildings, to detect and locate outdoor gunfire in real-time, and within 60 seconds, alerts law enforcement. Police can arrive on the scene more quickly, increasing the ability to make arrests, provide life-saving treatment to victims, talk to witnesses and gather critical evidence.

If a gun is fired in any area within ShotSpotter coverage, multiple sensors detect and timestamp the sound. The precise location of the gunshot is determined based on the amount of time it takes for the sound of the gunshot to travel to each individual sensor, effectively triangulating the sound.

To minimize false alerts, a two-step review process is used, all in a matter of seconds. First, an artificial intelligence software filters out any incidents that are determined not to be gunfire, such as helicopter noise, a car backfire or fireworks. Then the data is sent to a ShotSpotter Incident Review Center, where trained acoustic experts analyze each incident and make a final determination.

The acoustic analysts listen to audio snippets of gunshot sounds captured by the acoustic sensors. The analysts can detect the number of shots fired, and in some cases, can determine if the gunfire is coming from an automatic weapon or if there are multiple shooters, which allows law enforcement to be better prepared when responding to the call.

ShotSpotter delivers the data, including the audio snippet, to patrol officers via dispatch centers, in-vehicle computers and smartphones. The gunfire location is displayed as a dot on a map.

The City of Pompano Beach will enter into a three-year service contract with ShotSpotter at a cost of $790,000, with $270,000 of this amount to be funded in the current year from the General Fund balance. The remaining amount will be paid off in two installments of $260,000 subject to annual appropriation from the General Fund in fiscal years 2022 and 2023.

The five-square-mile ShotSpotter coverage area will include portions of four out of the five commission districts in Pompano Beach, according to the BSO.

Major Adkins told the Commission that the five square miles will cover at least 65% of the areas where data shows gunshots and shootings have been occurring.

McMahon said the ShotSpotter system would be “a game-changer” for the city, and would make it “very clear to the bad guys that you don’t shoot guns in Pompano Beach.”

It was agreed that each of the commissioners would have a one-on-one meeting with Major Adkins to learn more about the ShotSpotter system before any vote was taken on the matter.

Commissioner Beverly Perkins, who represents the city’s northwest community, where many of the shootings take place, said “ShotSpotter is going to be a big help,” but she wants BSO to work on putting more prevention in place, before the shots are fired.

Commissioner Rhonda Eaton said: “I think as more perpetrators are apprehended, the word will be out — if you’re coming to Pompano, you’re going to get caught, so in a way, this is prevention.”

Commissioner Tom McMahon said the ShotSpotter technology “will truly save lives in our community” and is “dollars well spent.”

The ShotSpotter alert system is used in more than 100 cities across the United States.

The BSO participated in a ShotSpotter pilot program in 2009-2010, which included Pompano Beach, but decided not to pursue the program further. Since then, ShotSpotter technology has advanced, cutting down on false positive reports of gunfire. ShotSpotter guarantees a 90% accuracy rate regarding actual gunfire and location.

In 2019, the combined accuracy rate among all ShotSpotter customers was 97%, with a 0.5% false positive rate, according to Sam Klepper, senior vice president of marketing and product strategy for ShotSpotter.

Klepper said advances made to the ShotSpotter system include a patent the company was awarded in 2018 for technology that can take gunshot sounds and turn them into visual images that a computer can process more accurately and quickly.

In addition, when Pompano piloted the ShotSpotter system, the company had not yet established its two incident review centers – one at its headquarters in Newark, California (near San Francisco), and one in Washington, DC.

“It’s now a combination of machine, plus human review, and those combined have resulted in this very high accuracy rate,” said Klepper.

Klepper said another improvement is that, several years ago, the company created a “Customer Success Team” to help maximize the value of the service. The team is made up of former law enforcement personnel who train new ShotSpotter customers in the practices that have worked best for agencies across the country.

Nationally, ShotSpotter estimates that roughly 80% of gunfire incidents are not reported to law enforcement.

Klepper noted that when citizens do call in gunshots, there is typically a time lag, because they wonder if someone else might be calling it in, and there’s a procedure that the 911 dispatch operator must follow to collect various information.

Additionally, it’s very difficult for the human ear to detect a location because of echoes off buildings, trees and other objects in the environment, said Klepper.

“We’ve done studies that show, on average, people are almost several blocks off from where the actual location of the shooting is,” said Klepper.

In September, the BSO announced that it is implementing the ShotSpotter system in BSO’s unincorporated Central Broward district, an area with a high volume of calls for service related to gunfire.

On Oct. 14, the City of Fort Lauderdale began using the ShotSpotter system, which was installed across four square miles of the city.

According to a Fort Lauderdale Police Department spokesperson, ShotSpotter “has been very successful,” and is giving officers “a jump on their response.” In an incident that took place on Oct. 22, a ShotSpotter alert was received and the subject was taken into custody, and the gun removed, “within five minutes of the gunfire.”

Other surrounding cities that use the ShotSpotter system are Miami and West Palm Beach. 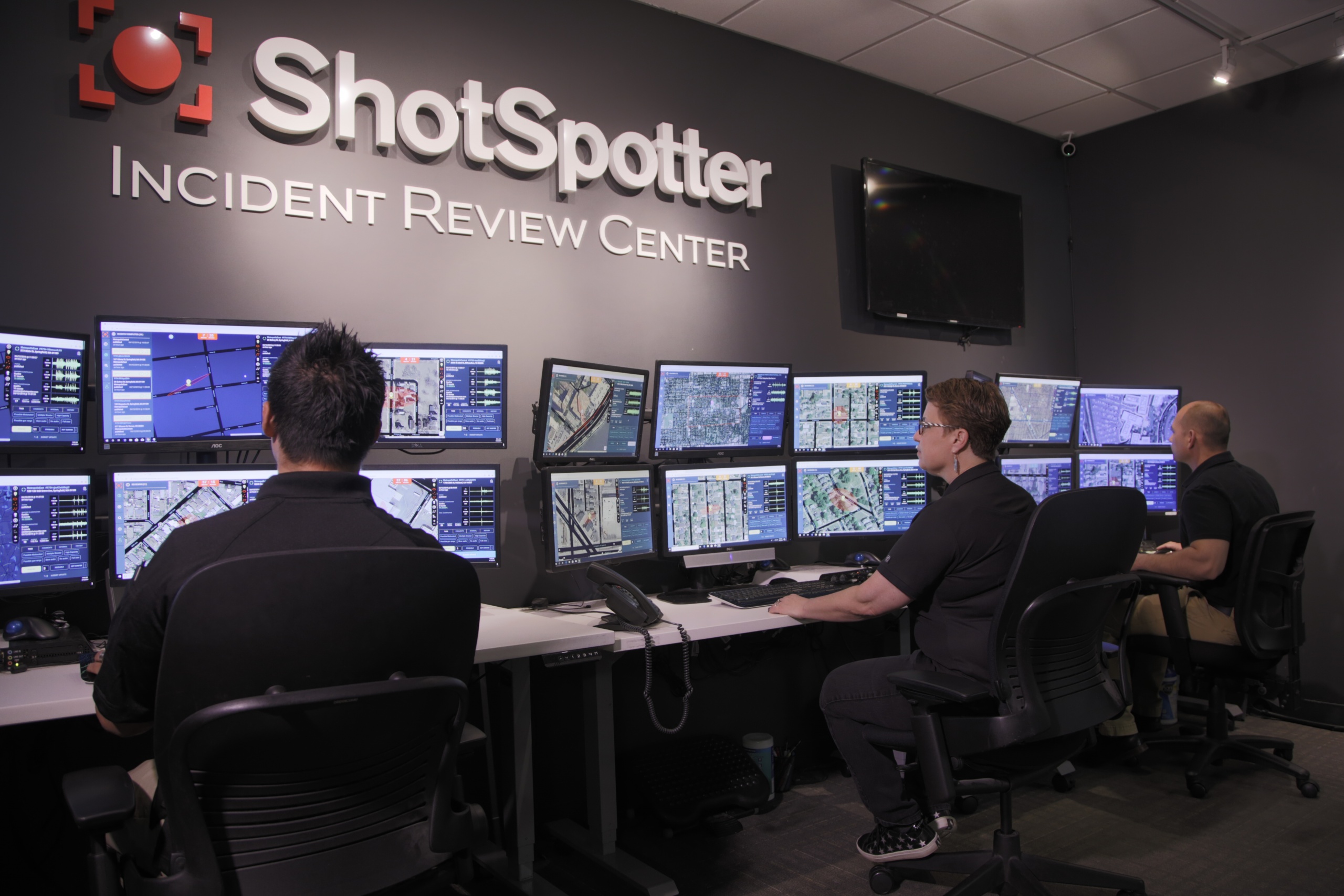 The Ribbon is Cut on Cultural Center 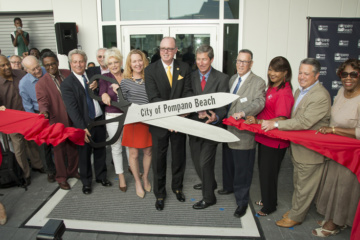