A new Walmart, Outback Steakhouse and IHOP are coming to Pompano Beach

A Walmart Neighborhood Market with a drive-through pharmacy is planned for the 6-acre site next to the RaceTrac gas station in Haven Plaza, located at the southwest corner of Federal Highway and Northeast 33rd Street. The developers have received site plan and building design approval from the city for the 42,232-square-foot store, and are expected to request a building permit within the next few months, according to the Planning and Zoning Department. Construction could start within a year. The site is currently occupied by a vacant 28,879-square-foot retail building, which would be demolished.

In the same vicinity, plans are underway to build an Outback Steakhouse on a parcel along Federal Highway, between Sample Road and Northeast 33rd Street, next to Shopper’s Haven. For years, a former Hops Restaurant stood vacant on the site, until it was torn down earlier this year. The 6,700-square-foot steakhouse still needs to be reviewed by the city’s Planning and Zoning Board and Architectural Appearance Committee before a building permit can be requested.

An International House of Pancakes (IHOP) is slated to be built at Pompano Citi Centre, on what is now a grassy, vacant lot just east of the Wendy’s on the corner of Copans Road and Northeast 12th Terrace. Plans for the 4,600-square-foot restaurant are still going through the city’s review process.

BurgerFi, a gourmet burger restaurant, and Kilwins, a chocolate, fudge and ice-cream shop, are expected to break ground in about two months, according to Tim Hernandez, a principal in Pompano Pier Associates, the firm that is developing the commercial space in the Pompano Beach Fishing Village next to the pier. Alvin’s Island, a beach goods megastore that will carry everything from fashion wear, to surfing performance gear and water sports equipment, is slated to start vertical construction in about a month.

The developers of a five-story dual-branded Hilton hotel that will be built just south of the new Pier Parking Garage are expected to request a building permit from the city in roughly two months. Lucky Fish Beach Bar and Grill, which will be located just south of the pier, should be under construction by the end of the year.

Oceanic, a two-story restaurant that is currently being built directly on the beach along the north side of the pier, and next to the newly opened Beach House restaurant, is anticipated to open by the end of March 2019, said Hernandez. 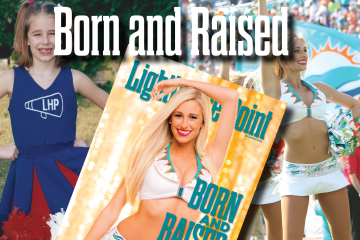