The City Commission approved an ordinance in July that prohibits the use of nicotine vaporizers – commonly known as e-cigarettes or ‘vaping’ devices – in all public areas in the city, including parks, the beach, and other recreational areas. Vaping is also now banned in all places where tobacco smoking is prohibited under Florida law, which includes restaurants and all enclosed workplaces, but not private residences or stand-alone bars.

Anyone who violates these rules is committing a civil infraction subject to a $100 fine for the first offense; $150 for the second offense; and $250 for the third offense and subsequent offenses.

Local governments are preempted by the state from regulating the burning of tobacco products, but the city’s ordinance is not preempted because nicotine vaporizers do not burn tobacco.

The ordinance applies to any electronic or battery-operated device that allows the user to inhale the vapor of liquid nicotine or any other substance, including devices marketed and sold as an electronic cigarette, cigar, cigarillo, pipe or hookah.

The ordinance was prompted by a resident who, during a City Commission meeting in May, expressed her concern about aerosol emissions from e-cigarettes, which the World Health Organization has deemed to be harmful to bystanders because they contain formaldehyde, metals and other toxic chemicals and carcinogens. The woman stated that over 19 localities in Florida have vaping regulations, and inquired why Pompano Beach hadn’t enacted any.

Mayor Fisher thanked the speaker for bringing the matter to the Commission’s attention, and asked the city attorney to look into putting an ordinance together. All the commissioners were in favor of the move.

Other cities in the area that have adopted ordinances to regulate vaping include Lighthouse Point, Boca Raton and Delray Beach.

25 Things We Love About Lighthouse Point 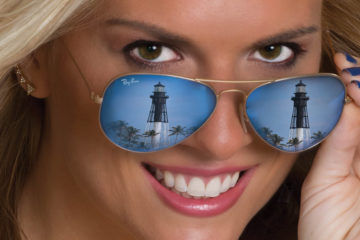