After many years of planning, the construction of a pedestrian and dining plaza, called “The Backyard,” is about to get underway in Old Town.

After many years of planning, the construction of a pedestrian and dining plaza, called “The Backyard,” is about to get underway in Old Town.

The Pompano Beach Community Redevelopment Agency (CRA) is creating the approximately 9,500-square-foot public plaza as part of its effort to redevelop Old Town as an arts and entertainment destination.

The plaza will be used as an outdoor dining area for new restaurants that are being attracted to the space, including a contemporary southern restaurant, called South Bar & Kitchen, which will occupy the building at 165 NE First Avenue. The plaza will also have seating for the general public.

Before the COVID-19 pandemic struck, this outdoor space was used for the CRA’s Old Town Untapped craft brew and arts event held on the first Friday of every month.

Currently, the space consists of a parking lot, a grassy area under a large native ficus tree and an unimproved alleyway.

Construction of The Backyard is expected to take about nine months to complete, according to Danovich.

The Backyard will consist of paver bricks as well as a rectangular wooden deck surrounding the existing ficus tree, which is a prominent feature of the plaza.

To complement the ficus tree, a mature, large canopy tree will be planted in the plaza, possibly a live oak tree that is currently on the former grounds of the historic McNab House, which was relocated to McNab Park in March 2020. The landscape plan calls for the addition of eight other trees (including some palms) and several raised planter boxes.

The Backyard project also includes the installation of three strategically placed air-conditioned dumpster enclosures in the plaza area, one of which will be adjacent to South Bar & Kitchen exclusively for its use.

City staff had proposed installing three underground trash vaults instead, which would have cost approximately $60,000 each. In addition, the City would have had to purchase a special truck for $480,000, which the City Commission did not approve. The Commission wants staff to do more research to see if there’s a more cost effective way to implement an underground trash system.

Construction of The Backyard was to have gotten underway last year, but was delayed because the plans went through several modifications.

The Backyard project will be constructed at a guaranteed maximum price of $1.62 million, with funding coming from the CRA.

South Bar & Kitchen, a new restaurant that will offer Southern comfort food in a contemporary rustic setting, is getting closer to opening in Pompano’s Old Town district.

The restaurant will occupy the building at 165 NE First Avenue, which is currently empty but was previously an old general store from the early 1900s.

Mike Linder and Mitch Amsterdam are the business duo behind the restaurant. They are the owners of Silver Lining Inflight Catering, which provides upscale catering services for private jets at airports throughout the southern half of Florida. The main kitchen for Silver Lining is located in Pompano Beach on Blount Road.

Linder and Amsterdam also own Jet Runway Café – a popular breakfast and lunch restaurant located on the tarmac of the Fort Lauderdale Executive Airport. More recently, they opened YOT Bar & Kitchen at the edge of the Lauderdale Marine Center.

Their restaurant in Pompano’s historic downtown will have an outdoor dining area that is part of The Backyard – a new public plaza the Pompano Beach Community Redevelopment Agency (CRA) is in the process of creating as part of its effort to redevelop Old Town as art and entertainment destination.

The restaurant will offer “simple, approachable food,” with a contemporary twist on old southern favorites, such as shrimp and grits, and chicken and biscuits. Ingredients will include locally grown vegetables and locally caught fish, said Linder.

The outdoor dining area will include a wooden deck surrounding a large existing ficus tree. The southwest corner of the deck will be occupied by a container bar, called Cabooze, a reference to the railroad tracks nearby. Cabooze will serve specialty cocktails.

There will be live music on the deck in a variety of genres – including acoustic top hits, country, and jazz – as well as a DJ, said Linder.

A jazz brunch will be served on Saturdays and Sundays, with special brunch items also available during the week.

Linder and Amsterdam will carry out extensive renovations to the building at 165 NE First Avenue, which they are subleasing from the Pompano Beach CRA.

Work on the 3,600-square-foot space will include an entire interior buildout, new facades, a kitchen addition, and parapets to screen new mechanical equipment.

The idea is to create a welcoming space inspired by rustic industrial design, said Linder. Locally sourced woods such as Dade pine and Florida cypress will be combined with metal elements, including custom light fixtures and reclaimed steel.

The name of the restaurant started out as Wood & Wire but evolved into South Bar & Kitchen, a nod to South Florida, and more specifically Pompano Beach, where Linder grew up.

In addition to their restaurants and catering company, Linder and Amsterdam also have a Pompano-based event planning business, called Event Effects, that produces custom-designed décors, stage sets, lighting, and florals for clients in locations throughout Florida. 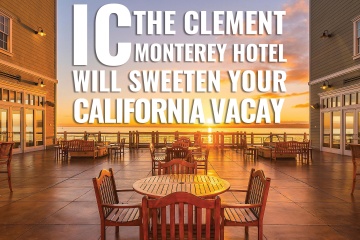