A 9-story hotel – Homewood Suites by Hilton – is planned for the southwest corner of North Federal Highway and NE Sixth Street in Pompano Beach.

The approximately 1-acre project site lies just east of the U.S. Post Office at 1950 NE Sixth Street, and south of the recently constructed Morea Apartments. The site is currently occupied by a Citgo gas station and a vacant single-tenant professional building that for many years was a Quest Diagnostics medical lab. The two existing structures would be demolished.

A site plan application for the proposed 163-room hotel is currently going through the City’s review process.

The project is being developed by MHG Hotels, headquartered in Indianapolis. MHG Hotels, helmed by its founder Sanjay Patel, is one of the country’s largest privately-owned property development and hospitality companies. Its franchise affiliations include Marriott International, Hilton Worldwide and Choice Hotels International.

Homewood Suites by Hilton, managed by Hilton Worldwide, is a chain consisting of more than 500 all-suite residential-style hotels.

According to the site plan, the ground-floor main lobby would be located on the east side of the hotel, fronting Federal Highway, and would include breakfast and coffee areas. The ground floor would also include a patio lounge, accessible from the main lobby and surrounded by new landscaping along Federal Highway. Several meeting rooms and hotel offices with floor-to-ceiling glazing would front NE Sixth Street.

The southwest portion of the hotel’s fifth level would have an open-air amenity deck with no floors above it. The 11,000-square-foot deck would include a swimming pool, lounge seating, an outdoor kitchen with a trellis, an activity lawn and a fire feature with seating. A fitness center would be adjacent to the amenity deck.

A drive aisle would be provided along the west side of the hotel building to allow vehicles to enter and exit the site from NE 6th Street.

A double sidewalk with a landscaped five-foot-wide median would run along the front of the hotel, adjacent to Federal Highway. The sidewalk includes a pedestrian entrance into the hotel’s main lobby. 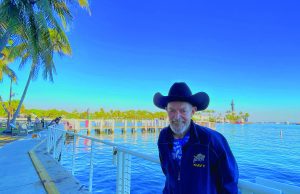 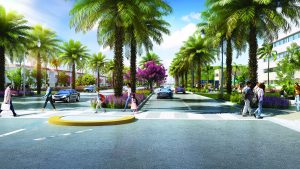 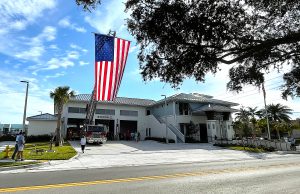 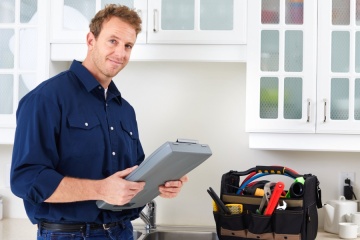