HIDDEN HARBOUR PROJECT IN POMPANO BEACH: The developers of Harborside at Hidden Harbour, a large-scale, mixed-use project approved in 2020 for a site at the corner of North Federal Highway and NE 16th Street in Pompano Beach, have revised the plans and are seeking approval from the City to build a 3-story parking garage on the corner of NE 16th Street and NE 24th Avenue.

The Harborside at Hidden Harbour project currently consists of two mixed-use buildings – one fronting Federal Highway; the other on the south side of NE 16th Street – with 271 residential units and approximately 13,500 square feet of restaurant and retail uses. The building along Federal Highway includes an 8-story parking garage.

The developers – AMP IV-Hidden Harbour, LLC and HTG AMP Harbourside, LLC – want to use the lot at 2351 NE 16th Street, along with a small, grassy lot to its west, both of which they own, as the site for the 3-story parking garage.

The lot at 2351 NE 16th Street, currently occupied by a single-family home, was purchased by HTG AMP Harbourside in May 2021. The developers have submitted an application to the City to rezone the property from RD-1 (Two Family Residence) to PD-I (Planned Development Infill) and to add it to the previously approved Hidden Harbour PD-I zoning district.

The proposed parking garage would serve the mixed-use building on NE 16th Street, directly opposite it.

Initially, the grassy lot was intended to be set aside for use as a public park and residents in the building on NE 16th Street would have been required to park in the garage in the building along Federal Highway, and then walk to their units.

A document submitted by the developers’ land use attorney as part of the rezoning application states that, according to a traffic study, the parking garage on NE 16th Street will reduce the need for up to 1,000 local trips per day impacting the intersection of NE 16th Street and NE 23rd Avenue (the roadway that runs north-to-south through the project site). The redesign will also remove delivery and garbage truck traffic completely from NE 16th Street so that it is accessed from NE 23rd Avenue.

The introduction of the NE 16th Street parking garage will also allow a reduced area in the Federal Highway building that is devoted to parking, according to the land use attorney.

The approved 2020 site plan was recently amended to reduce the proposed height of the development, as well as the number of residential units. The proposed building along Federal Highway was reduced from nine stories to eight stories. The maximum height of the proposed mixed-use building along NE 16th Street was reduced from nine stories to eight stories, retaining the height transition down to three stories (35 feet) at the east end, which is adjacent to an existing two-story condo building. The number of residential units was reduced from 300 to 271 units. This month, the developers filed a new site plan application to increase the number of residential units to 285, decrease the commercial space to 11,150 square feet, and to add the new parking garage.

The proposed amendment to the Planned Development (PD), in addition to rezoning the property at 2351 NE 16th Street, would formalize the project’s height reduction, “ensuring that no future site plan revisions could seek more than eight stories without returning to the City Commission for another PD amendment.” It would also cap the number of residential units at 300.

All of the remaining elements in the 2020 design are retained in the new design, including publicly accessible promenades along the waterway on NE 23rd Avenue and NE 16th Street. The existing 68,800-square-foot marina dry boat storage building on the east side of NE 23rd Avenue will remain unmodified. 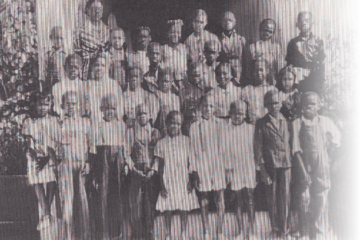