The Pompano Exchange Club installation proceedings took place at the Hillsboro Club on Friday, June 28th to an ebullient group of members and friends, on hand to witness the change of command. Outgoing President Robert Friedman gladly handed over the gavel to incoming President Brian Rask who shall take the reigns for the next year.

The following received Certificates of Appreciation: Patty Petrone won her award for her participation on The 150 Dinner planning committee. She was responsible for all  the table and room decorations. Larry Crismond  won his for creating two Excel Clubs at Zion Lutheran and Pompano Beach High Schools and in doing so added 55 new members to the club. Jack Krutek won his for being the Entertainment Director and supply master, as well as his great work at The Pompano Beach Seafood Festival. Betsy and Earl Maucker won for their last minute use of their home for a  eighty person New Member Dinner that had to be relocated due to Tropical Storm Issac at about noon the same day. Kyle Branyon won his for his overall participation and volunteering to work at events consistently over the course of the year. 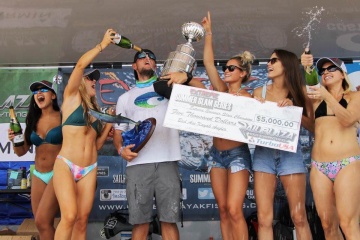