Broward Sheriff’s Office detectives found $1 million to $2 million worth of fentanyl hidden in an SUV in Pompano Beach.  The detectives were alerted to a rental vehicle that had been left unattended in an isolated part of the Broward Health North parking garage.

According to a BSO press release, Deputies were called at approximately 3 a.m.on Sunday morning  to a parking garage at 201 E. Sample in Pompano Beach.  A search of the rental vehicle led to the discovery of  more than nine kilograms of what appeared to be fentanyl.  Detectives from the BSO Organized Crime Division and the Drug Enforcement Administration confirmed that thee drug found in a duffel bag hidden under the floor board of the SUV’s trunk is fentanyl.  They said the haul was part of an ongoing investigation into a drug trafficking organization operating in South Florida. The drug was transported to the BSO Crime Lab to determine the potency of the stash.

A conservative estimate puts the street value at $100 to $200 per gram.  Depending on the purity of the find, the value can be up to three times as much.

According to the DEA website, Fentanyl is a synthetic opioid 80 to 100 times stronger than morphine. Pharmaceutical fentanyl was originally developed for pain management treatment for cancer patients to be applied in a patch placed on the skin. Because of its powerful opioid properties, Fentanyl has also become highly diverted for abuse. Fentanyl is often added to heroin in order to increase its potency, orit can be disguised as highly potent form of heroin. Many users think they are purchasing heroin and don’t actually realize they are purchasing fentanyl.  This often results in deaths due to an overdose. “Clandestinely-produced fentanyl is primarily manufactured in Mexico” says the DEA.

Fentanyl produces an intense, short-term high with a temporary feeling of euphoria.  It also slows respiration and reduced blood pressure which can lead to overdose and death.

The BSO Organized Crime Division and DEA are continuing to investigate the Pompano Beach fentanyl find and have not yet offered up the names of any suspects.

Broward Health North is on the Pompano Beach-Deerfield Beach border and serves residents from both cities as well as neighboring communities.

This story was prepared by our Pompano Beach news desk with additional  event info provided by the Broward Sheriff’s office  and their website. 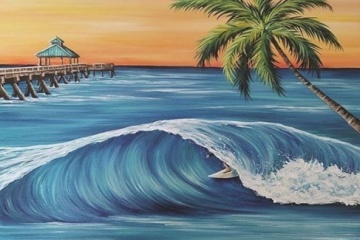