FEDERAL HIGHWAY LANE CLOSURES: A bike lane expansion project that will take place along Federal Highway, from Sample Road in Pompano Beach/Lighthouse Point north to the Deerfield Beach/Palm Beach County line, is set to begin on Jan. 6, and will involve lane closures.

The year-long project, to be carried out by the Florida Department of Transportation (FDOT), will widen the existing northbound and southbound bike lanes from 3 feet to 5 feet. To gain the space needed to widen the bike lanes, the project calls for shrinking the medians along Federal Highway by 2 feet on each side, and restriping the traffic lanes.

Construction will start at Sample Road, where it meets Lighthouse Point and Pompano Beach, and will continue northward through Deerfield Beach, according to Project Manager Andrew Maniotis of Ranger Construction, the contractor to be performing the work.

During construction, the speed limit will be reduced from 45 mph to 40 mph along Federal Highway within the project limits.

Intermittent Federal Highway single lane closures (the inside lane in each direction) will occur until the project is completed. Double lane closures are expected to occur late at night during the milling and resurfacing phase.

The work will be done one segment at a time to optimize the traffic flow, said Maniotis. The length of each segment will be limited, running only from one intersection to another.

Bike lane widening in the Lighthouse Point and Pompano Beach portion of the project corridor is expected to be completed in June or July. The contractor would likely come back in October to mill and resurface the roadway, which should take a few weeks to complete.

The new bike lanes will be striped, marked with thermoplastic bicycle symbols and have post-mounted signing. The current 3-foot-wide bike lanes are considered a paved shoulder, not official bike lanes.

In addition to widening the bike lanes, the $8.2 million project will modify the median access at the NE 41st Street intersection (in front of the Vintage at Lighthouse Point townhomes). An “island” will be added to the center of the intersection, which doesn’t have traffic signalization.

The project also includes various sidewalk repairs and upgrades to ADA sidewalk ramps. Improvements will be made to several areas in the project corridor where there are dips in the road caused by outdated leaking pipes.

The project is moving forward even though the Lighthouse Point City Commission passed a resolution last year expressing its strong opposition to the project due to safety concerns. The resolution urged that “the project be cancelled and that the funding be allocated to projects in other areas which are conducive to and safe for bicycle and pedestrian use.”

The resolution was sent to FDOT, the MPO, Florida Gov. Ron DeSantis, the City of Deerfield Beach, the City of Pompano Beach and members of the Broward County Legislative Delegation that represent portions of the city.

Lighthouse Point city officials didn’t learn about the project until it was already well into the design phase, and was going to negatively impact a number of city trees, particularly royal palms, along the highway. The City Commission was able to reach a compromise with FDOT and the MPO regarding the trees, but was given no option to reject the project itself.

Refusing to give up, Lighthouse Point Mayor Glenn Troast reached out to members of the Broward County Commission, State Sen. Gary Farmer and State Rep. Chip LaMarca, and asked them to contact FDOT regarding the concerns the City had with the project.

Troast said there were also Lighthouse Point residents who reached out to FDOT, but “they got nowhere.”

“They did not take into account any of the requests we made,” said Troast. “But this is not an FDOT-driven project; it’s an MPO-driven project funded with federal money.”

Troast believes the project increases the risk of injuries or fatalities along the Federal Highway corridor, particularly due to all the turn-offs into businesses that are adjacent to the bike lanes, and the potential for motorists making those turns not to see there’s a bicyclist coming up from behind.

“I’m not happy,” said Troast. “I consider it very dangerous.”

Last April, the City Commission of Deerfield Beach passed a resolution similar to the one passed by Lighthouse Point, expressing its opposition to the bike lane project.

Despite the objections, the construction project and the Federal Highway lane closures are scheduled to begin next week. 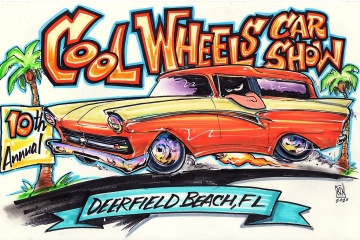