Lighthouse Point has hired the Wantman Group, Inc. (WGI) to review and rewrite the entire City code, which hasn’t been fully reviewed since the 1970s. The goal is to make the code more cohesive and user-friendly, both for City personnel and residents.

The City Commission, at its May 28 meeting, approved a contract with WGI in the amount of $149,490 to carry out the work, which is expected to take about nine months to complete.

Numerous ordinances have been codified through the years, and sometimes they are not consistent with the rest of the code. WGI, based in West Palm Beach, will be tasked with looking for any conflicts or inconsistencies both within the code, and between applicable state statutes, and will provide revisions.

The firm will also identify any confusing verbiage and technical jargon in the code and provide revisions that are clearly understandable to citizens and laypeople. WGI will suggest changes or deletions for anything in the current code that is obsolete. For example, provisions for types of businesses that no longer exist would be removed, and the use of the male pronoun in older ordinances would be updated to something that is gender neutral.

The City also wants WGI to propose new tables and graphics that illustrate regulations and help the reader better interpret the code.

In its analysis of the code, WGI will pay particular attention to the Land Development Code and the development review process, and will propose changes as needed, ensuring the revisions are consistent with the City’s Comprehensive Plan.

The scope of work also includes adding definitions to each code section as needed, and simplifying the Fee Schedule, particularly the sections pertaining to building permit fees and fire department fees for plan review, inspection of new construction and annual fire inspections.

WGI will hold multiple meetings and workshops with the City Commission, Planning and Zoning Board, Community Appearance Board, Code Enforcement Board and City Administration to get their input regarding what issues need to be addressed.

The City’s current code of ordinances can be viewed online at city.lighthousepoint.com/code-of-ordinances. 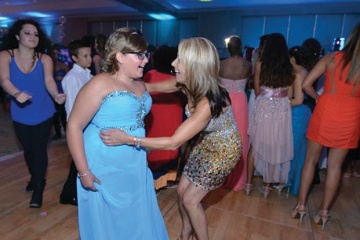