On Monday, just over a week after residents began voicing their concerns about a hurricane debris site that was set up across from their homes, large container trucks started removing the piles of debris and hauling them to the local landfill. The debris site had raised much controversy, even prompting a community sit-in at the site in protest.

Following Hurricane Irma, a temporary site for debris collected from all five districts of Pompano Beach was set up at a 6-acre field at Apollo Park on NW 16th Street in the Kendall Green neighborhood. The site, which is in the predominantly low-income District 4, raised much controversy in front of city commissioners at a Sept. 19 Community Redevelopment Agency (CRA) board meeting. An intense discussion was sparked when residents complained that the 50,000 cubic yards of debris were directly across from their homes on NW 15th Place, which borders the park to the south.

The residents of the neighborhood and some city officials, including District 4 City Commissioner Beverly Perkins, were not notified in advance that Apollo Park would be used as the sole debris site for the city. Dr. Katheryn Gillis, a senior citizen who lives across from the park, expressed concern that the debris site was a health hazard, especially for her fellow senior residents with respiratory issues.

“When the wind starts blowing, the dust gets in the air, because that stuff is getting dry,” said Gillis. “One of the elderly women down the street has a breathing problem, and usually she sits outside, but at this point, she can’t.”

Bishop Dr. Ivory Wilson, founder of the Worldwide Community Based Coalition, addressed city officials at the CRA Board meeting on behalf of residents.

“It shouldn’t have happened,” he said of City Manager Greg Harrison’s decision to use the park as a dumping site. “He wouldn’t take that [debris] over to his house and drop it in his yard, so why go dump it over there?”

Harrison and Russ Ketchem, the city’s solid waste operations manager, had received numerous phone calls from concerned citizens, so they met with them earlier in the day at a resident’s home across from the park, then started searching for an alternative debris site.

At the CRA Board meeting, Harrison came forward and explained that he and city staff had made arrangements that afternoon to open a new debris site on the Isle Casino property at Powerline Road and Racetrack Road (SW 3rd Street), and that the Apollo Park site would be vacated. Harrison told Pompano Beach Mayor Lamar Fisher that the debris piles would be removed from Apollo Park in one week’s time.

Wilson warned that he and members of his coalition would sit in front of the debris site gate the following morning to prevent trucks from dumping more debris there. As promised, Wilson, along with a handful of people from his coalition and the surrounding neighborhood, arrived at the site at 6am the next day and sat in the driveway for about seven hours, blocking two trucks filled with debris from entering. Wilson was told that the drivers of those trucks hadn’t gotten the message that dumping was to be stopped.

“Residents came to me and asked me to step up for the cause,” said Wilson, who has lived in Pompano for 66 years, and has been a pastor for the last 23 years. “I have a moral obligation to protect these people.”

According to a city official, Apollo Park had been set up as a “debris management site,” or staging area, because Pompano must follow strict guidelines set by the Federal Emergency Management Agency (FEMA) in order to be reimbursed for debris removal costs, which may end up being around $6 million.

FEMA guidelines require that once the trucks arrive at the landfill, a certified FEMA-trained monitor has to measure each truck and certify the number of cubic yards of material that are in each truck, and fill out FEMA paperwork. The City anticipated that it would take over an hour for each truck to drive out to the landfill and go through the process there, especially since they would have to wait in line with trucks from other cities in the area.

It was decided that, in order to keep the trucks on the road and clean up the city more quickly and efficiently, storm debris from areas all over the city would be taken to Apollo Park, and then hauled to the landfill later.

The debris management site that was used after Hurricanes Katrina and Wilma (located near the Monarch Hill Landfill on Wiles Road in Pompano Beach) wasn’t available this time.

The field at Apollo Park was chosen because it is city-owned property, and “for the most part, is in an industrial area.” It was intended to be a temporary staging area that would have been cleaned out within 30 days.

Janice Simmons, who can see the debris site when she walks out her door, said she thinks the City should have notified residents in advance that the debris was going to be brought to their neighborhood.

“If they had talked with us and done it anyway, it still would have made a difference,” said Simmons. “We wouldn’t have wanted it there, but at least they would have recognized us and respected us.”

Last Friday, Simmons said she saw rodents running around the piles of debris. That same day, another resident who lives across from the park said she found a lifeless rodent at her front door.

“Of course there’s going to be rodents,” said Simmons, “because this is not just trees and leaves, this is actually garbage. You can see it.”

District 4 City Commissioner Beverly Perkins said at the CRA Board meeting that she hadn’t been informed the debris would be taken to Apollo Park, and if she had known about it, she would have objected.

The City didn’t set up a debris site on the Isle Casino property from the start because the area was being used as a place to stage Florida Power & Light trucks that were doing power restoration in the surrounding neighborhoods.

The debris at the new site will be ground up to reduce the bulk so it costs less to haul away. The debris at Apollo Park will only be compacted.

“We’re very sensitive to the impact to the residents and what is going on, so we’re trying to move it out as quickly and as quietly as possible,” said Solid Waste Operations Manager Russ Ketchem.

“The circumstances surrounding this particular debris management site were unfortunate, and hindsight is always 20/20,” Ketchem said, “but in certain situations you have to make some tough decisions, and we modify and adjust as necessary.”

The Thomas D. Stephanis Boys and Girls Club lies at the northwest corner of the Apollo Park field that was used for the debris site, but Brian Quail, President/CEO of Boys & Girls Clubs of Broward County, said it has not impacted the club’s operations and the City has made sure the safety of the children is paramount. The club’s activities take place mainly indoors, and because of the hot weather, the children haven’t played on the field since June, and won’t use the field again until the fall, when it’s cooler.

“I can understand the frustration of the residents who have had to see the debris coming in and out,” said Quail, “but at the same time, I would say the City of Pompano Beach is doing a good job trying to meet the needs of the community as best they can.”

At this week’s city commission meeting, Mayor Lamar Fisher asked the City Manager for an update about the Apollo Park site and was told that all the debris would be removed by Monday morning of next week.

Q & A With Author Chris Clews 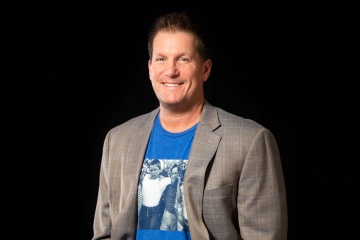