The new Pompano Beach Cultural Center will kickstart its first season with the opening of “Shipwrecked of Reason: Half a Century in Cuban Art.”

The arts are what define a city’s identity; they give it that unique flavor. With the opening of the Pompano Beach Cultural Center on the horizon, Pompano Beach is about to embark on a journey to become a cultural arts destination. The venue itself is poised to serve as a beacon that will amplify the vibrancy of the city’s arts community. Innovative programing set forth by Cultural Arts Creatives (a dynamic creative team) will provide a rich diversity of theater, dance, musical performances and visual art exhibits.

To kick-start the first season, the cultural center will showcase the world premiere exhibit “Shipwrecked of Reason: Half a Century in Cuban Art.” The exhibit is an impressive collection of 20 Cuban artists representing pivotal moments over the last 50 years of Cuba’s evolution. On loan from the Cuban government, this exhibit is curated by the internationally-renowned Isabel María Pérez Pérez, and is presented in partnership with the Latin American Art Pavilion (LAAP). Pérez Pérez is the Director of Artecubano Editions and is at the forefront of the contemporary Cuban art movement. She has been involved in numerous important projects, including the mega-exhibit Zona Franca (Free Zone), one of the collateral exhibitions of the 2015 edition of the Havana Biennial. Acclaimed as a global artistic force, curating exhibits worldwide, her views on contemporary Cuban art are revered in the artistic community and among collectors.

Devoid of art supplies, internet or a connection to the international art market for many years, contemporary Cuban artists have been making some of the most innovative work the world has yet to see.

The artists featured in Shipwrecked are acclaimed internationally for their far-reaching influence. Each has, in some way, shaped the contemporary art scene in Cuba over the past 50 years.

Pérez Pérez has beautifully incorporated each of the artists’ visions to present a condensed, multi-generational mapping of pivotal moments over the plastic evolution of the island. Each artist has diverse artistic talents and perspectives. The collection deals specifically with themes such as memory, identity, body and portrait, territory and landscape, and the construction of history. The collective dynamics of these artists and their work epitomize the idea of change.

The collection will reveal the development of a distinct national identity and will serve as an illustrated narrative of Cuba’s colorful past and present. The collective works on display, which include painting, sculpture, crafts and mixed-media works, establish the artists as generators of senses, experiences and trends. These creations project their own universes — gloomy, iconoclastic, humanistic and hopeful. Most of the work is politically charged; all is distinctively Cuban.

Today, the Cuban artist’s reach has exponentially expanded thanks to digitization and the internet. The work in Shipwrecked presents an essential dialogue with a diverse public that is trans-territorial. The artists are “shipwrecked of reason,” obsessed with changing the world, real or imaginary, that we all inhabit.

Pérez Pérez’s message through the collection is clear and concise.

“Cuban artists are creating some of the most exhilarating and pioneering contemporary art in the world. They are a powerhouse sought after by many collectors and prominent museums. We are truly honored to present a world premiere showcasing artists of this stature at the Pompano Beach Cultural Center, an amazing, state-of-the-art facility.”

Maria Napoles, the founder of LAAP and an honorary member of the City of Miami Arts and Entertainment Council appointed by the mayor, agreed that the cultural significance of Shipwrecked is profound.

“The visual arts have long been one of the strongest parts of Cuba’s amazing cultural output. Cuban art is an exceptionally diverse cultural blend of African, South American, European and North American elements, reflecting the diverse demographic makeup of the island,” she said. “We are truly elated to have guest curator Pérez Pérez as part of this exhibit. Her name brings prestige to the project as she is considered to be a leading authority in contemporary Cuban art.” 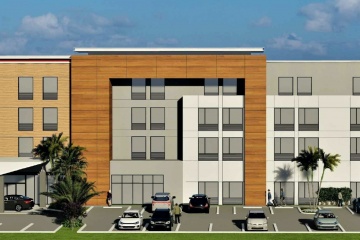