POMPANO BEACH RESTAURANTS PAPAMIGOS: Plans to open a new restaurant in the Old Town district of Pompano Beach have had to evolve as a result of the coronavirus pandemic, but they have not been on hold.

The restaurant, called Papamigos, is a concept of Troy Ganter and his family, the owners of Papa’s Raw Bar and Papa’s Fresh Market (originally called Papa Hughie’s Seafood World) in Lighthouse Point. Papamigos, roughly translated from Spanish, means “friends of Papa.” Family member, Lauren Grosso, will be the owner and operator of the Pompano Beach establishment, along with partner Brian Faeth.

Two lease agreements between the Pompano Beach Community Redevelopment Agency (CRA) and the venue were recently signed – one for the building space at 44 NE First Street, and one for an adjacent patio area overlooking the Civic Plaza fountain, according to CRA Project Manager Kimberly Vazquez. Plans will now go through the City’s permitting process.

In the meantime, starting in July, Papamigos has plans to set up a food truck in the parking lot off Atlantic Boulevard, just south of the restaurant.

“We’ll start off with the safe curbside pick-up,” said Ganter.

The Papamigos food truck will be allowed as part of the City and CRA’s COVID-19 Phase 1 relaunch initiative that temporarily authorizes eating establishments to extend their footprint into designated outdoor areas.

The Papamigos mantra will be: ‘Your local joint to eat, drink and be loco,’ said Ganter, and the restaurant will be highlighting “tacos, sushi, tequila and good vibes.”

In keeping with the theme of the restaurant, the Papamigos food truck will specialize in “mexi-crasian” street food, including sushi and tacos.

The menu will include a signature item called ‘Lala’s Birria Street Taco,’ made of braised beef, Birria chili sauce, cheese, cabbage, cilantro and onion in a corn tortilla. The taco is named after Ganter’s cousin and Papamigos operator, Grosso.

Ganter noted that the food truck will be a great way to gather feedback that can be used in developing the restaurant menu.

Once the food truck is up and running, the plan is to build out the patio with a concrete slab, so picnic table seating can be added. The interior restaurant space will also be built out after the necessary permits are obtained.

“This is our new concept and we’re making sure that we do things really safe and smart,” said Ganter.

Under the City and CRA’s Phase 1 relaunch joint initiative, Papamigos will also be allowed to temporarily use the Civic Plaza for outdoor seating with tables and chairs, said the CRA’s Vazquez.

She added, the objective is to enable Papamigos “to start functioning and creating synergy in that particular area, and get people used to coming there to eat.”

A number of other new Pompano Beach restaurants are being planned for Old Town, an area being developed as an arts and entertainment district. In addition, the CRA is creating a new pedestrian and dining plaza, called “The Backyard,” which is expected to begin construction in late summer.

Ganter said that, due to the coronavirus pandemic, his family’s two other eating establishments had to “get lean” and reinvent themselves.

There will be just one restaurant – Papa’s Raw Bar – open for lunch and dinner, and there will no longer be a dining room in the fish market next door. The fish market, which used to be called Papa’s Hughie’s Seafood World, was just renamed Papa’s Fresh Market, and is now part of Papa’s Raw Bar.

Ganter said the market will still sell fresh Florida seafood to local clientele, and will continue its catering and shipping services, but the prices will be more competitive because there won’t be the expense of a restaurant component.

In the former dining room of the fish market, Ganter says he is planning to open a speakeasy oyster bar in fall 2020, where people can go before and after they dine at Papa’s Raw Bar, instead of having two restaurants that compete with each other.

For more Pompano Beach news and info on any new Pompano Beach restaurants Papamigos and others, read Pompano! magazine and search our website. 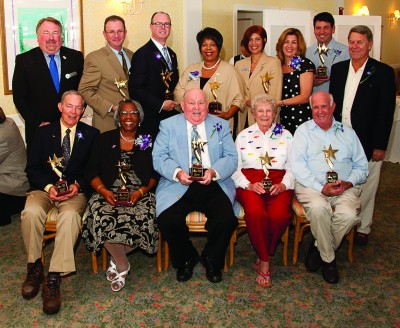