Aldi supermarkets will soon be coming to Pompano Beach.  There have been rumors for months and they turn out to be true.

The Sun-Sentinel reports the store will be opening by Fall and will be located on Federal Highway in place of where the the Sugar Chest Antiques Mall used to be located.

There are currently two Aldis in Deerfield Beach, including one just a few miles down the road on Federal Highway.  Another store is located close by on Commercial Blvd. in Fort Lauderdale.

Aldi was formed in the 1940s in Germany by two brothers.  The brothers later had a falling out and divided their growing European Aldi empire in half in the 1960s.  Both brothers independently continued their expansion.  In most cases, their stores are still called Aldi, despite the split in ownership.

Aldi first appeared in the U.S. in 1976. The company has been rapidly expanding in the United States over the past decade or so and now have almost 2,000 locations here.  Interestingly, the other Aldi company runs the Trader Joe stores in the U.S.

The supermarket has gained attention for its no-frills approach.  They don’t give out free bags and even charge a 25 cent deposit to use a shopping cart.  They sell very few national brands and the typical Aldi is half the size or smaller than a major American supermarket normally is.

However, their prices are considered to be the cheapest around.  And, their store brands have a reputation for excellent quality.  They sell a limited stock of wine, beer and household products.  This is in addition to most of the products you would expect to find in a Publix or other supermarket, albeit in limited sizes and varieties.

This story was prepared by our Pompano Beach news desk with additional  information from various public sources and websites. 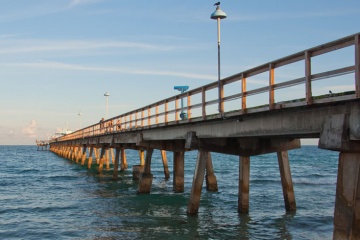