On Wednesday, the Broward Sheriff’s Office issued a press release detailing the action.  Last Friday evening, their efforts started as a traditional multi-agency effort resulting in the arrest of 25 alleged gang members.  It ended early Saturday morning with the arrest of two more individuals who were reportedly caught of executing a drive-by shooting.
According to BSO, detectives were sitting in their vehicles wrapping up an eight-hour enforcement operation when they witnessed  two males ride up to a home in Pompano Beach on a scooter and fire several shots.  Those two men and 25 others were arrested during a multi-agency gang sweep in Pompano Beach.

The operation happened on  Friday, May 17, 2019 and the early morning hours of Saturday,

May 18. Over 30 law enforcement officers including local, state and federal agencies who are all part of the Multi-Agency Gang Task Force teamed up together to help address a recent uptick in shootings and gang activity here in Pompano Beach.

“Fortunately, no one was injured in the drive-by Saturday morning, but it’s the very reason why operations like this one are necessary,” Sheriff Gregory Tony said.  “We need to put an end to the violence and the criminal behavior that robs the rest of the community of its peace and tranquility.”

In addition to the many arrests on charges that ranged from possession of narcotics and violation of probation to discharging a firearm, detectives also seized a variety of narcotics, three firearms, over $3,000 in cash and a motorcycle that had been reported as stolen in Pompano Beach back in November 2017.  At least three of the individuals arrested have documented ties to a known gang according to the BSO report.

Among those who participated in this sweep were members of the Broward Sheriff’s Office’s Pompano Beach and Deerfield Beach districts, the Violence Intervention Proactive Enforcement Response Team and the Gang Investigations Unit, along with  the Coconut Creek, Hallandale Beach and Fort Lauderdale police departments, United States Border Patrol and the Florida Department of Corrections Probation and Parole. 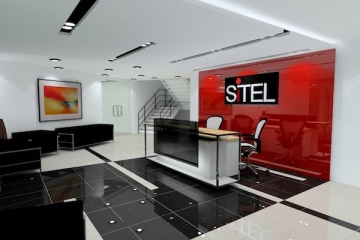