Esther Rolle was born right here in Pompano Beach.  Most locals know that.  You also probably knew she starred in the TV Series “Good Times” which also starred  John Amos, Jimmy “JJ” Walker (best known for his catch phrase “Dy-No-Mite”) and for a time featured a very young Janet Jackson.  You may also remember that before Good Times, Rolle was a co-star of the TV show “Maude” and her”Good Times”  character, Florida,  originated on that show.

Know that we know what you about Pompano Beach’s Esther Rolle, here are some fun facts that you might not have known.

>>>Esther Rolle won an Emmy Award, but it wasn’t for Good Times.

>>>And, of course here is the official Esther Rolle Wikipedia page 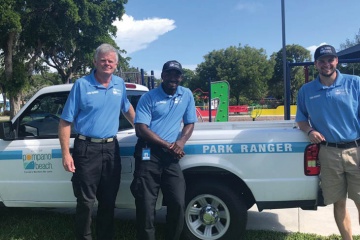