LIGHTHOUSE POINT CLOSURES: Due to the current coronavirus (COVID-19) pandemic, Lighthouse Point Mayor Glenn Troast issued an order on Wednesday that closed more of the city’s facilities, and allows local businesses that remain open to put up signs that normally would be prohibited.

Troast’s order supplements the state of emergency that he declared for the City of Lighthouse Point last Friday.

As per the new order, Dan Witt Park and the playgrounds at Frank McDonough Park are now closed until further notice. Anyone using the remainder of Frank McDonough must follow the Center for Disease Control and Prevention (CDC) guidelines for social distancing and limit the size of gatherings.

Last Friday at 10pm, consistent with an executive order issued by Gov. Ron DeSantis, all restaurants and other food service establishments in Lighthouse Point ceased on-premises service. However, these establishments are able to continue to operate their kitchens for delivery or take-out services. The order will be in effect until March 31, 2020, but may be renewed.

On Monday, as per an order issued by Broward County, all non-essential businesses in the county were required to close.

In the order he issued today, Troast said that, recognizing the hardship on businesses within the city due to the state and county orders, “I find it in the best interest and furtherance of the welfare of the community to temporarily suspend enforcement of the prohibition of certain signs within the City.”

Each business within the city’s nonresidential zoning districts that is legally operating under the orders issued by the state and county, are permitted one banner sign or “feather” flag measuring up to 12 square feet, and one sandwich board or sidewalk sign that has a maximum of six square feet on each side. These signs are not permitted in any right-of-way and can’t be attached to any public or utility infrastructure, such as street lights and traffic signal posts.

Although it was not part of the order issued by Troast, the city’s community shuttle service was discontinued today until further notice.

As per the previously issued state of emergency, City Hall, the library and the Building Department are closed to the public until further notice.

All City recreational and library programs are cancelled until future notice. For now, library materials may still be reserved online 24/7 or by phone, Monday to Friday, 10am-4pm. Details on reserving materials and library online resources, including eBooks, can be found on the library’s website.

All April meetings of City boards and advisory committees, and the Code Enforcement Special Magistrate, are canceled.

The issuance of all special event permits, including garage sale permits, is suspended until further notice.

For more information regarding COVID-19, visit the Centers for Disease Control and Preventions (CDC) website.

Coping with Coronavirus: How to take care of yourself and your family during this crisis

LATEST BROWARD COUNTY SHELTER-IN-PLACE GUIDELINES FOR YOU TO FOLLOW 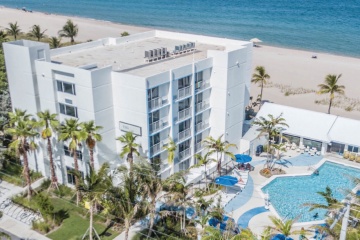