The City Commission was set to adopt an ordinance in July that would have banned gun shows at the Emma Lou Olson Civic Center, but hit a road block when an attorney representing the promoter of the shows threatened to sue the City of Pompano Beach and the commissioners individually for violating Florida Statute 790.33, which prohibits local governments from passing any rules that regulate firearms or ammunition.

Any public official who violates this statue can be removed from office by the governor, fined up to $5,000 and face a possible lawsuit, plus related costs. In addition, any local law regulating firearms or ammunition would be declared null and void.

The proposed ordinance, which was an amendment to the city’s zoning code, was approved unanimously on first reading two weeks prior. As presented by City staff, it was intended to ensure that events and activities at City facilities are appropriate for families and residents of all ages.

It would have prohibited the sale or display of merchandise or goods that, under state law, minors would not be allowed to see, possess or purchase, with the exception of special events where alcohol is sold lawfully to adults for consumption on the premises.

The ordinance would have applied to events such as cigar, tobacco or liquor shows, as well as the gun shows held at the Emma Lou Olson Civic Center.

Attorney Noel Flasterstein — who has a Second Amendment and gun rights law practice in Boca Raton, and is a consulting attorney with the gun rights advocacy group Florida Carry — was representing Florida State Shows LLC, the gun show promoter, which does business as Florida Gun Expo.

Flasterstein said that he and his client viewed the ordinance as an attempt to regulate the firearm industry in violation of Florida Statute 790.33.

“If you move forward with this ordinance, then we’re going to sue you,” said Flasterstein.

The Commission voted 4 to 2 against the ordinance, with Commissioners Barry Moss and Rex Hardin casting the ‘yes’ votes.

At a commission meeting held less than two weeks after the mass shooting at Marjory Stoneman Douglas High School in Parkland on Feb. 14, Mayor Lamar Fisher said he and the city attorney were looking very closely at what could be done legally to stop gun shows at public facilities in Pompano.

At Fisher’s request, Florida State Shows canceled a gun show that was scheduled to take place at the Emma Lou Olson Civic Center in March. The promoter has about two more shows scheduled to take place under its current contract with the City. If the ordinance had passed, it would not have precluded gun shows from being held on private property. The shows used to be held at the Elks Lodge, before it closed last year.

Flasterstein said he and his client perceived the ordinance to be a reaction to the Parkland shooting, and that his client and the law-abiding shouldn’t be “punished” because of the actions committed by a “crazed person.”

In March, Pompano Beach, along with a number of other cities, joined a lawsuit initiated by the City of Weston against the state of Florida that challenges the constitutionality of the provisions of Statute 790.33.

After the ordinance failed to pass, City Attorney Mark Berman told the Commission he would continue to update them on the status of the lawsuit and, “hopefully, as that makes progress, this commission or further commissions will have the opportunity to do more without the threat of retribution.”

A Guide to Pompano Beach on the Fourth 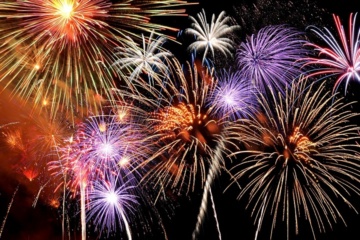