Seaweed: Scientists have had a hard time explaining why it hit us so hard and if/when it will come back again

The beach looks clean today but it’s been a very messy season lately.  Why has there been so much seaweed lately in Pompano Beach, Deerfield Beach, Lighthouse Point and Lauderdale-by-the-Sea?

The answer in one word is… Sargassum.

The NOAA says “Sargassum is a [type] of large brown seaweed (a type of algae) that floats in island-like masses. Pelagic brown algae in the genus Sargassum. The berry-like structures are gas-filled bladders known as pneumatocysts, which provide buoyancy to the plant…Floating rafts of Sargassum can stretch for miles across the ocean.”

So why has the amount Sargassum increased so much over the past decade?

There is no clear, specific answer but the best educated guesses so far include:

• Global warming: Since it is tropical plant; warmer oceans mean more ocean (water) for the Sargassum to “bloom”. Nonetheless, a global temperature increase is not enough to make the algae thrive.

• Pollution: Nutrient-rich waters act as a ripe breeding ground for the seaweed.

So while there is no definitive answer, it is likely that global warming and pollution play a role in the increase in Sargassum on our beaches.

We in Pompano Beach, Deerfield Beach, Lauderdale-by-the-Sea and all of South Florida are not alone.

It’s been bad in the Keys, too. Dead fish and other sea creatures have been washing up on the shores of Tavernier, according to Keysnews.com . They report the cause is likely, “an unprecedented amount of sargassum, [which has been] pushed by easterly winds into Atlantic Ocean shorelines, basins and canals in the Florida Keys and along the state’s east coast.

“It’s been worse in in the Caribbean and Mexico. [The countries] have been dealing with expanding [piles] of sargassum since a worrisome explosion of the thick, brown seaweed [started washing ashore] in 2011.”

And, it can be cyclical.  2019. 2018, 2015, 2014 and 2011 have been particularly heavy years according to many reports.  That doesn’t mean next year will necessarily be bad though.  Or maybe it will be.  Scientists have not been good at predicting when or where the seaweed will hit next.

Multiple reports say the Sargassum has been coming from the complete opposite directions- from Africa and from Brazil.  Scientists do not have specific answers for this change either.

So, can anything be done done about the Sargassum seaweed problem?

First of all, Sargassum is an important part of the ecological system.  The seaweed helps re-nourish the beach and keep it wide..if you take a close look at the clumps of seaweed you will find that it is teeming with sea life both here in Florida and elsewhere including the Texas Gulf Coast.

Most South Florida cities do attempt or rake up or even bulldoze the abundant algae.   You’ll see daily clean-up efforts in Pompano Beach, Deerfield Beach and Lauderdale-by-the-Sea. However, they need to be very careful not to affect turtle nests during season.

Mexico has been particularly aggressive in their clean-up efforts.  The government scheduled and international symposium for last week.  It was canceled however, reportedly because only 6 of the 18 countries invited agreed to participate.  The United States was one of the twelve nations that did not confirm participation.

The Mexicans have even brought their Navy in to lead the battle according to mexiconewsdaily.com.  Some [Mexican] hotels … have placed netting devices to contain the sargassum in the water [preventing] it from reaching the beaches. Boats also are sent to collect the seaweed as part of private-sector efforts to solve the problem as per efe.com.  One Mexican state has even created offshore floating barriers — much like those used to contain oil spills — to prevent the sargassum from collecting on beaches…The federal government will build four vessels … equipped with a crane that can deposit the seaweed they collect into another boat [for] to disposal.  Read the full report here and here.

The Mexican government has made serious efforts coordinated between local, state and the federal governments.  They take the issue particularly seriously in the tourist oriented towns and beaches.

As far as we can tell no such actions are taking place in the United States.

This story was prepared by our Deerfield Beach/Pompano Beach news desk with additional  information from various public sources and other websites. 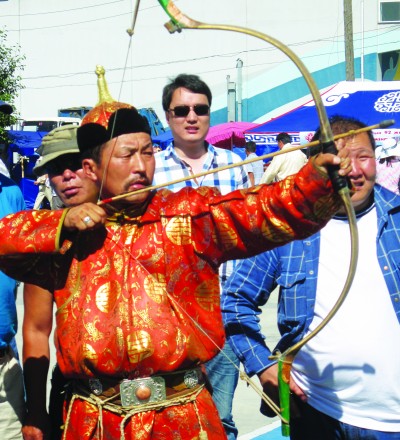