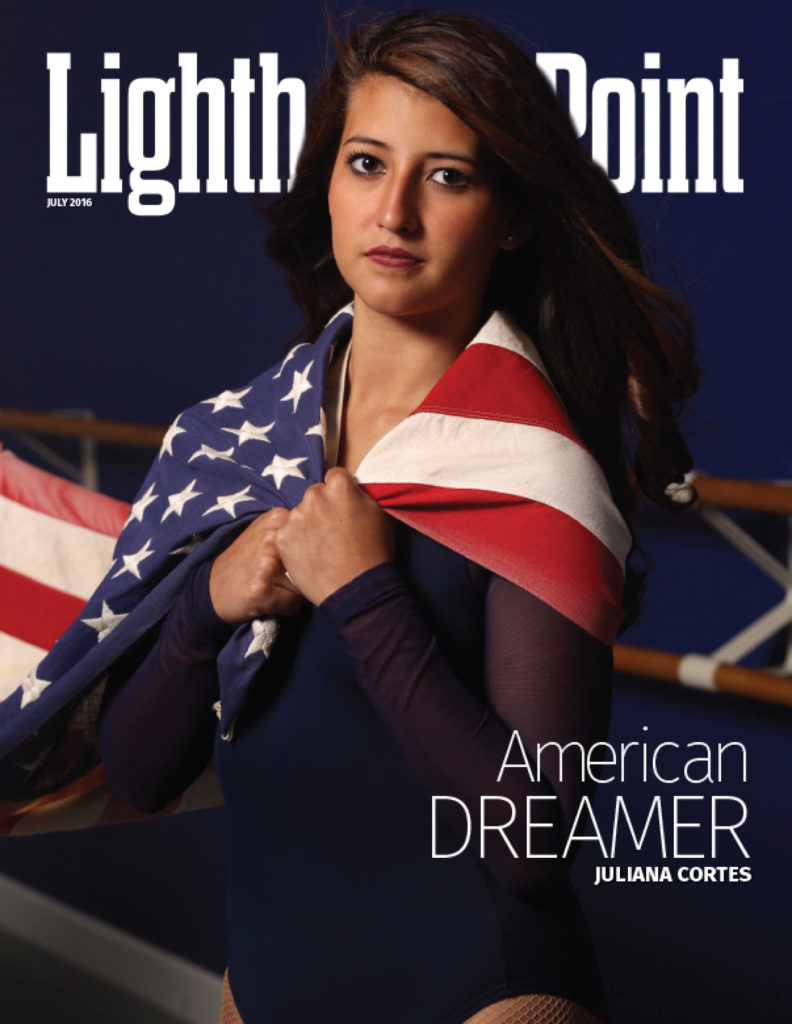 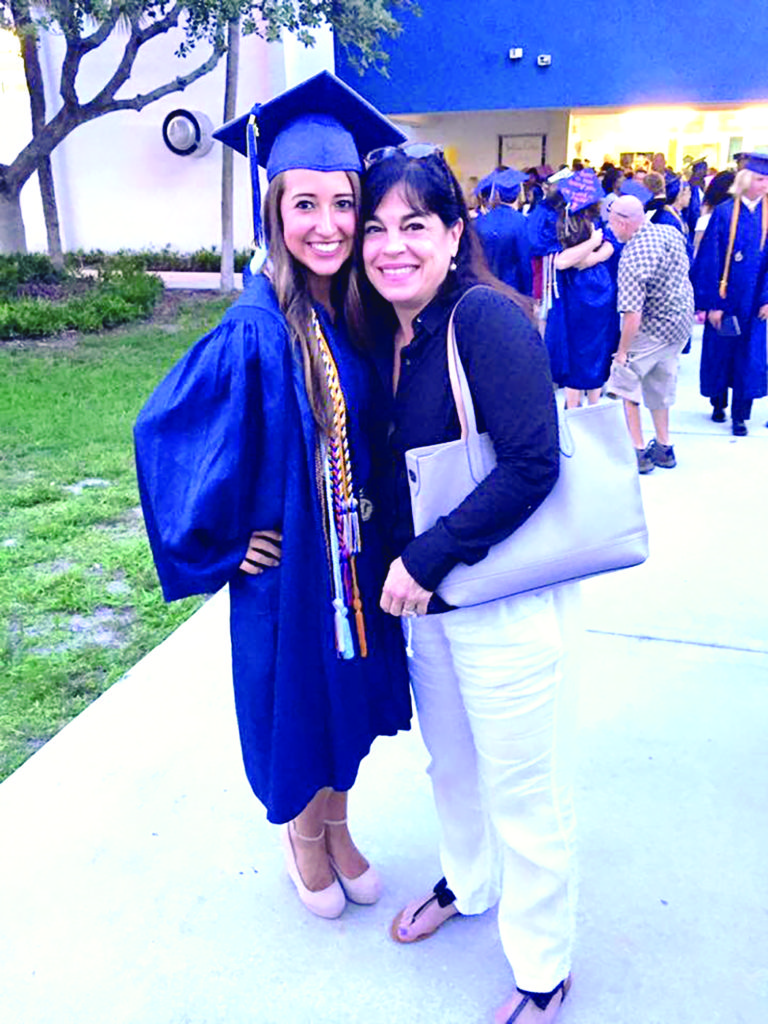 A Community Comes Together
Suzanne couldn’t sit back and do nothing. She sprung to action, gathering her staff and some of the dance moms from the studio to brainstorm. While Juliana was in one room teaching dance, a group of parents and teachers met secretly in the next room, mapping out fundraising strategies. With Juliana’s approval, the group put up a Go Fund Me page online and organized a community event at Frank McDonough Park to raise money. Steve Bonner, a Lighthouse Point local and the General Manager of Seminole Hard Rock in Coconut Creek, donated a professional stage for the event. Both the senior and junior dance teams from RealDance performed and several community members delivered teary-eyed speeches. Other local businesses stepped up to show their support too, hosting their own fundraisers. Mr. Squeaky Car Wash raised $500 hosting a day for Juliana. Others donated items, apparel and gift certificates to be auctioned.
In addition to the community’s fundraising efforts, Juliana spent approximately 200 hours applying to 81 private scholarships, all while finishing up her senior year, dancing and working two jobs. Though many applications ask right off the bat if a student is a U.S. Citizen, Juliana applied anyway. The hours started to pay off. At the end of May, Juliana was awarded with an annual scholarship of $3,000 for four years from the Pompano Beach-Lighthouse Point Rotary Club. The local Soroptimist club, whose mission is to help young women accomplish their dreams, also gave Juliana a one-time scholarship of $1,500.
“I had seen Julianna dance before and she’s just an extremely talented, lovely young woman,” said local Soroptimist member Susan Motley whose granddaughters also dance at RealDance. “We, as Soroptimists, felt like Juliana is a very good example of what we try to do—help people live their dreams. And the fact that she is local made it even better.”
In just three months, the Lighthouse Point community and Juliana raised over $18,000 for Juliana’s college fund. The funds weren’t raised in time for Juliana to commit to Marymount Manhattan by the school’s May 1 decision deadline, but the school did allow Juliana to defer her admission for one year. Juliana will attend Florida State University (FSU) as a freshman, then will reassess her options at Marymount next fall.
Even affording FSU, however, is a financial feat for Juliana. Though she is granted in-state tuition under a 2014 state bill that allows undocumented immigrants to attend select schools as a state resident, one year at FSU is estimated to cost $22,071, which Juliana will have to pay for out-of-pocket. The funds she’s raised so far won’t even cover one year. 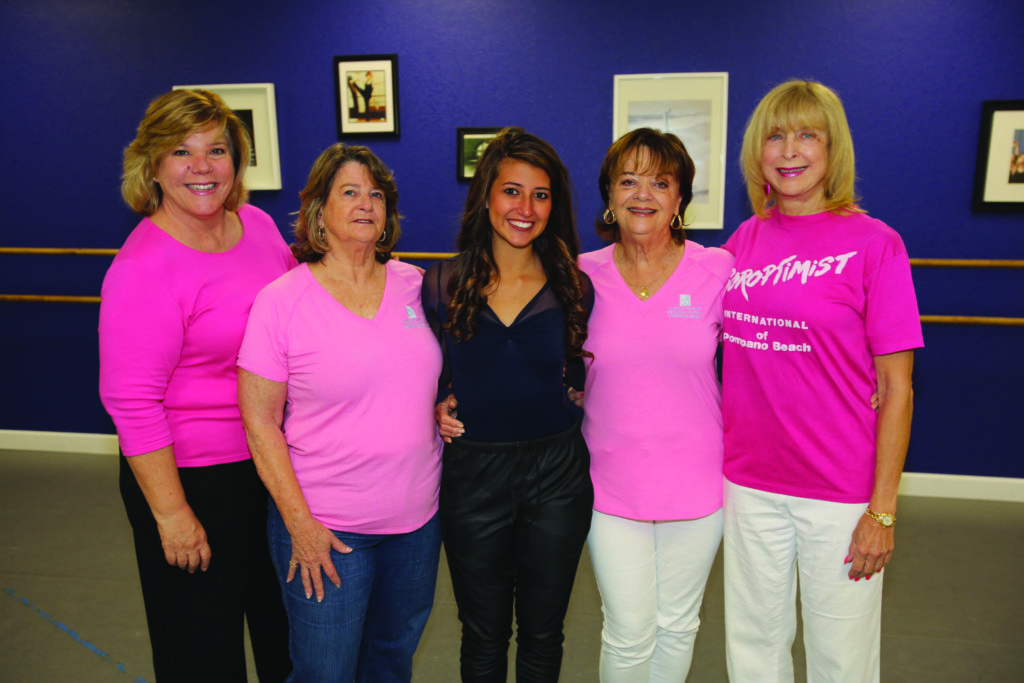 The local chapter of Soproptimist International present Juliana with a $1,500 college scholarship.  left to Right Patty Petrone, Bim Krutek, Juliana Cortes, Susan Motley and Lighthouse Point City Commissioner Sandy Johnson.
One of Many
Juliana is not alone in her struggles under DACA, which celebrated its four year anniversary in June. According to the Migration Policy Institute’s latest numbers, Juliana is just one of 105,000 DACA students in the state of Florida. Nationwide, nearly 800,000 young people registered for DACA between its implementation in 2012 and 2015.
To qualify for DACA, a young person must have been younger than 16 when they arrived in the US, been under the age of 31 by the middle of 2012, arrived prior to mid-2007, either be enrolled in school, graduated, have a GED or be a veteran, and have a relatively clean criminal record (have no felonies, significant misdemeanor or more than three misdemeanors). The program requires participants to renew their DACA status every two years. 500,000 have been renewed nationwide since 2012.
While the benefits of registering under DACA are clear (a social security number, the ability to work legally, a driver’s license and deferred deportation), it is not without risk. Registering means providing personal information to the government with no guarantee of permanent residency. Under DACA, parents are also not protected from deportation, so registering has the potential to put families at risk. Depending on the shifting political tides, those out-of-the-dark and participating in DACA could be particularly vulnerable to future deportation. By May 2016, 26 states had sued to stop the DACA program and halt further deportation deferral programs, arguing that President Obama overstepped his constitutional authority by instituting the program.
“A lot of the DACA kids—a lot of them, not just Juliana—are afraid that the government now has all their information. They know just how to find them—where they are, where they live. It’s all there,” said Suzanne.
Dr. Timothy J. Steigenga, a professor at Florida Atlantic University who has spent the majority of his career researching immigration in Florida and wrote the book Living “Illegal”: The Human Face of Unauthorized Immigration points to a few other significant concerns.
“Without a pathway to citizenship, DACA has the potential to create a semi-permanent class of non-citizens (and technically non-residents) who are able to work in the United States, but are not eligible for such benefits as those accrued by the Affordable Care Act, are not able to petition on behalf of their family members, will not be offered a pathway to citizenship and voting rights, and who will always be deportable, since their status is simply a deferral of deportation,” said Dr. Steigenga. “While the program’s early results have been highly successful in terms of participation rates among eligible young people, the long-term status of ‘halfway there’ for the participants raises serious long-term questions about the meaning of citizenship, belonging, and access to the American dream.”
The Shadow Behind the Spotlight
The fear and anxiety associated with being a non-citizen is palpable when talking to Juliana who has trouble speaking about her legal status or family without choking up.
In addition to the natural fears associated with her family’s immigration status, Juliana has taken on the weight of expectation. Many individuals in the city of Lighthouse Point and beyond have now literally invested in her future.
“I think she feels the weight of that,” said Suzanne.
For a girl like Juliana—naturally reserved, taciturn and humble—the public spotlight is intimidating.
“I have never been one to bring attention to myself—ever. I don’t like it,” said Juliana. “But everyone has kind of pushed me into it. But it’s helped me be able to go to college, so it’s good. It’s just hard. It’s really hard.”
In some ways Juliana is still similar to the timid young girl that first entered Real Dance a decade ago—she boldly faces much uncertainty, but knows one thing for sure:
“I know I want to dance,” she said, her head lifting and voice growing more steady and confident. “Everyone has their thing and for me, it’s dance.” 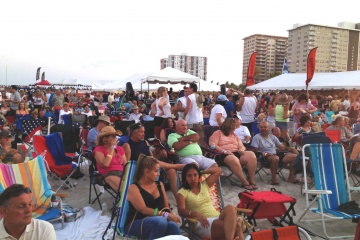