A special workshop concerning plans for major redevelopment of the Lighthouse Point Yacht Club will be held on Aug. 28 at 5pm in the city commission chambers at Fletcher Hall, and will be open to the public. Members of the Planning and Zoning Board and the City Commission will review a request by the developer, Terry Paterson, for a land use plan amendment, which is needed for rezoning purposes.

In July, the developer submitted an application to the city requesting an amendment of 3.4 gross acres of the yacht club property from “commercial recreation” to “multifamily” residential, in order to build 36 three-story townhomes lining the waterfront. The proposed amendment area is located north of NE 42nd Street between the San Marco and Rialto canals.

Funds generated from the proposed townhouses would be used to subsidize the cost to build a state-of-the-art yacht club facility, which would include a new 35,000-square-foot clubhouse. The estimated expense for the development of the club and land is roughly $32 million. The developer has said that he hopes to break ground for the new clubhouse by mid-2019.

A conceptual site plan included with the developer’s application for the land use plan amendment will also be reviewed at the workshop.

The Planning and Zoning Board will formally review the land use plan amendment at its meeting on Oct. 2, which will include a public hearing. The board will then make a recommendation to the City Commission in favor of or against the land use change, which would also need to be approved by the county.

Because of the magnitude of the project, the City Commission requested the special workshop be held to make the process as transparent as possible and to allow for community input. The workshop will be followed by a regular city commission meeting at 6:30pm. 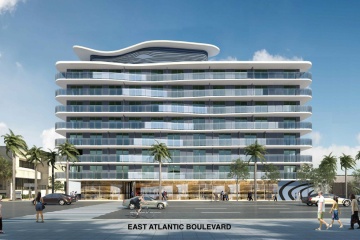