Because death by starvation does not a prolific artist make, artists must support themselves somehow — and venturing to the beach to proffer one’s goods by the shore is a romantic notion not only; it is also an opportunity for artists to profit from their work, to paper the gaps between their talents and their toil with hard-earned capital, usually with an end toward funding future projects. 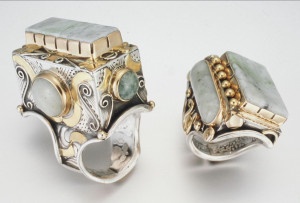 Douglas Brandow is a part-time resident of South Florida who divides his time between two states — Florida and New York — three continents, and six countries. Brandow is a gemologist and one of this year’s festival winners under the rubric of jewelry.

Brandow, 61, an archaeologist who graduated from Norwich University 1978, fabricates jewelry from gems that he mines from rock formations all over West Africa: Botswana, Zambia, Nigeria, and Ghana — where he once owned a home. A few years ago, however, he sold his house in Ghana, and prefers now to live among the natives on his expeditions to the continent, within their villages, whom he claims are happy to accommodate Western guests. After a few months of digging, and having excavated what he will use for his work, he takes what he has found and travels home to America.

“I bring [the gems] back and cut them, a process that opens a great deal of the dynamics of that specimen — and I internalize that, basically, into my soul,” he said of his lapidary work with stones, a tentative process of bringing a gem’s particularity to the surface to shine more brilliantly with the light. As an archaeologist and artist, Brandow speaks elliptically, idiomatically, in the shorthand common to craftsmen of a certain expertise: “All is ordained around the diction of the stone,” he said.

A lot of the jewelry has about it a near-Precambrian quality, invoking distances and histories traversed to reveal something earthy and ancient. Much of modern design tends toward quiet restraint. But looking at Brandow’s work — in which there are references also to the old Baroque style — one begins to appreciate the point at which that quiet modern center tilts. The impression is that of an intimate collaboration between man and nature, of lovely remembered things constructed out of some shattered sense of time. 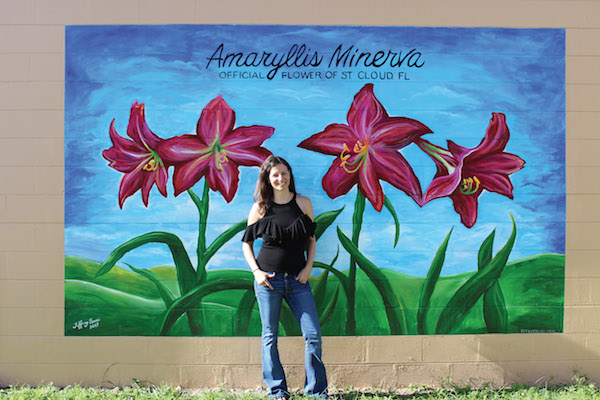 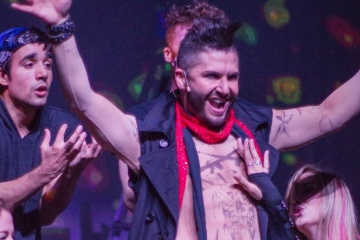